Daily NEWS Summary | 20-08-2021; The Supreme Court ruled that just because the law authorizes arrest does not mean that the state can use power indiscriminately to crush personal freedom.

“We can point out that personal freedom is an important aspect of our constitutional mandate. The opportunity to arrest a defendant during an investigation arises when an arrest investigation is necessary or is a heinous crime or when there is a possibility to influence witnesses or the defendant may escape. The mere fact that an arrest can be made because it is legal does not require an arrest to be made, ”

A distinction must be made between the existence of the power of arrest and the justification for its exercise, he said. If arrest becomes routine, it can cause incalculable damage to a person’s reputation and self-esteem.

If the investigator has no reason to believe that the defendant will flee or disobey the subpoena and, in fact, has cooperated throughout the investigation, we do not understand why the agent should be compelled to ‘arrest the defendant, the court observed in its recent Order.

The order was approved in a prior bail application filed by businessman Siddharth, represented by lead counsel Pramod Kumar Dubey and defense lawyers Ravi Sharma and Rahul Shyam Bhandari. The Allahabad High Court rejected his request for bail in July.

The case concerns an FIR registered against him for allegedly participating in a criminal association and breach of trust involving former ministers and senior officials as part of a project launched by the government of Uttar Pradesh in 2007 to build parks and museums, including Ambedkar Samajik. Parivartan Asthal, Kashiram Smarak Asthal Gautambudh Nagar Upvan Echo Park and Noida Ambedkar Park. The FIR alleges a loss of Rs 14 billion in public funds.

Dubey argued that his client had joined the seven-year investigation. There was no need to interrogate him as a guard. There was no fear that he would divulge or tamper with the evidence. The police were in the process of filing an indictment.

Dubey said Article 170 of the Code of Criminal Procedure (CrPC) has been misinterpreted by police and lower courts to make the arrest of the accused mandatory when the indictment is filed. He argued that the word “custody” in section 170 had been misinterpreted as “arrest”. Coinciding with lead counsel, the Supreme Court clarified that ‘the word’ keeps on the charge sheet.

“It is specified that the courts of first instance insist on the arrest of an accused as a precondition for the recording of the indictment in view of the provisions of article 170 of the CrPC. We consider that this path is misplaced and contrary to the very intention of Article 170 of the CrPC ”, declared the court, establishing the law.

We must systematically plan to give a government that believes in the principles of the Constitution: Sonia Gandhi

Daily NEWS Summary | 20-08-2021; Congress President Sonia Gandhi on August 20 urged opposition party leaders to work together and systematically plan the 2024 elections in Lok Sabha, saying the goal is to give the country a government that believes in principles of the Constitution.

Addressing a virtual meeting of various opposition parties, she said: “Despite our constraints, the time has come when the interests of our nation demand that we rise above them. Leaders of 19 political parties attended the virtual meeting convened by Gandhi, as part of efforts to strengthen opposition unity and develop a common strategy against the NDA government.

Among the meeting participants were CPN Supreme Sharad Pawar, Chief Minister of West Bengal Mamata Banerjee, and his counterparts from Maharashtra and Tamil Nadu Uddhav Thackeray and Mr.K. Stalin.

Daily NEWS Summary | 20-08-2021;The Taliban have started rounding Afghans on a blacklist of people they believe held key positions with the previous Afghan administration or with the US-led forces that supported it, according to a report by ‘a Norwegian intelligence group, Reuters reported.

The report, compiled by the Norwegian RHIPT Center for Global Analysis and viewed by Reuters, said the Taliban were chasing individuals linked to the previous administration, which fell on Sunday when the militant Islamist movement took control of Kabul.

The nonprofit RHIPTO Norwegian Center for Global Analyzes, which conducts independent intelligence assessments, said the Afghanistan report was shared with agencies and people working within the United Nations.

A Taliban spokesperson did not immediately respond to a request for comment on the report. Since taking Kabul, the Taliban have tried to present a more moderate face to the world, saying they want peace and will not take revenge on old enemies.

The four-page report featured a letter allegedly written to an alleged collaborator who was taken from his Kabul apartment this week and detained for questioning about his role as a counterterrorism official in the previous government.

The letter, dated Monday, from the Military Commission of the Islamic Emirate of Afghanistan, noted that the detainee had visited the UK as part of his duty “indicating that he had excellent relations with the Americans and the British “.

In addition, a senior security force official in the overthrown administration sent a message to reporters saying that the Taliban had obtained secret national security documents and arrested former intelligence and security personnel.

Meanwhile, more than 18,000 people have fled Kabul since the Taliban seized the Afghan capital, a NATO official said on Friday, pledging to redouble evacuation efforts amid criticism of the management of the Western crisis was intensifying.

Thousands of people, desperate to flee the country, continued to crowd the airport, the official, who declined to give his name, told Reuters despite the Taliban urging people without legal travel documents. to go home. The Taliban called for unity ahead of Friday prayers, the first since taking power, and called on imams to persuade people not to leave Afghanistan amid the chaos at airports, protests and reports of violence.

Residents of Kabul and four other major cities said prayers appeared to have flowed with the incident, although turnout was low. A witness told Reuters that several people were killed Thursday in the eastern city of Asadabad when Taliban militants shot at a crowd demonstrating their loyalty to the defeated Afghan republic as the Taliban prepared to establish an emirate, ruled by strict Islamic law. .

Kabul has been largely quiet except in and around the airport where 12 people have died since Sunday, NATO and Taliban officials said.

Daily NEWS Summary | 20-08-2021; Social media giant Facebook deleted a post from former Congress President Rahul Gandhi, which identified the family of a nine-year-old girl who was allegedly raped and murdered in Delhi, because he was violating their platform policies.

The social media giant has informed Gandhi, as well as the National Commission for the Protection of Children’s Rights (NCPCR), of the removal of Facebook and Instagram posts.

In an email response to a question, a Facebook spokesperson said, “We have taken steps to remove the content because it violates our policies.”

According to Facebook, in this case, the family asked for his safety in court, and in view of his safety and to preserve the dignity of the victim, the company decided to remove the content from its platform.

Earlier on August 7, Twitter also blocked Gandhi’s account, and subsequently various other congress-related credentials, from posting / sharing a photo of the parents of the 9-year-old victim.

A week later, on August 14, Twitter restored Gandhi’s account, after the company claimed the congressional leader submitted a letter of consent from the victim’s family.

However, Gandhi has not yet used the platform since then. His last tweet from his verified user @RahulGandhi was on August 6, when he shared a Hindi couplet on the farmers’ unrest.

On Friday, he chose Facebook to share his thoughts on the 77th birthday of his father and former Prime Minister, the late Rajiv Gandhi. “A secular India alone is an India that can survive,” Gandhi wrote, citing his father. “Remembering Shri Rajiv Gandhi ji on his birthday”.

American pharmaceutical company Johnson & Johnson (J&J) has applied for permission to conduct clinical trials of its single-injection Covid-19 vaccine in adolescents aged 12 to 17 years in India. The company submitted an application to the Central Drug Standards Control Organization (CDSCO) for approval.

The coronavirus vaccine developed by J&J has been shown to be 85% effective in preventing severe Covid-19 disease in its phase 3 trials. Meanwhile, the Comptroller General of Drugs granted emergency approval to Zycov-D, a COVID-19 vaccine developed by the Ahmedabad-based Zydus Cadilla group, making it the first vaccine in India that can be administered to adults. It is also the only DNA-based vaccine in the world and can be administered without a needle, thus minimizing the risk. 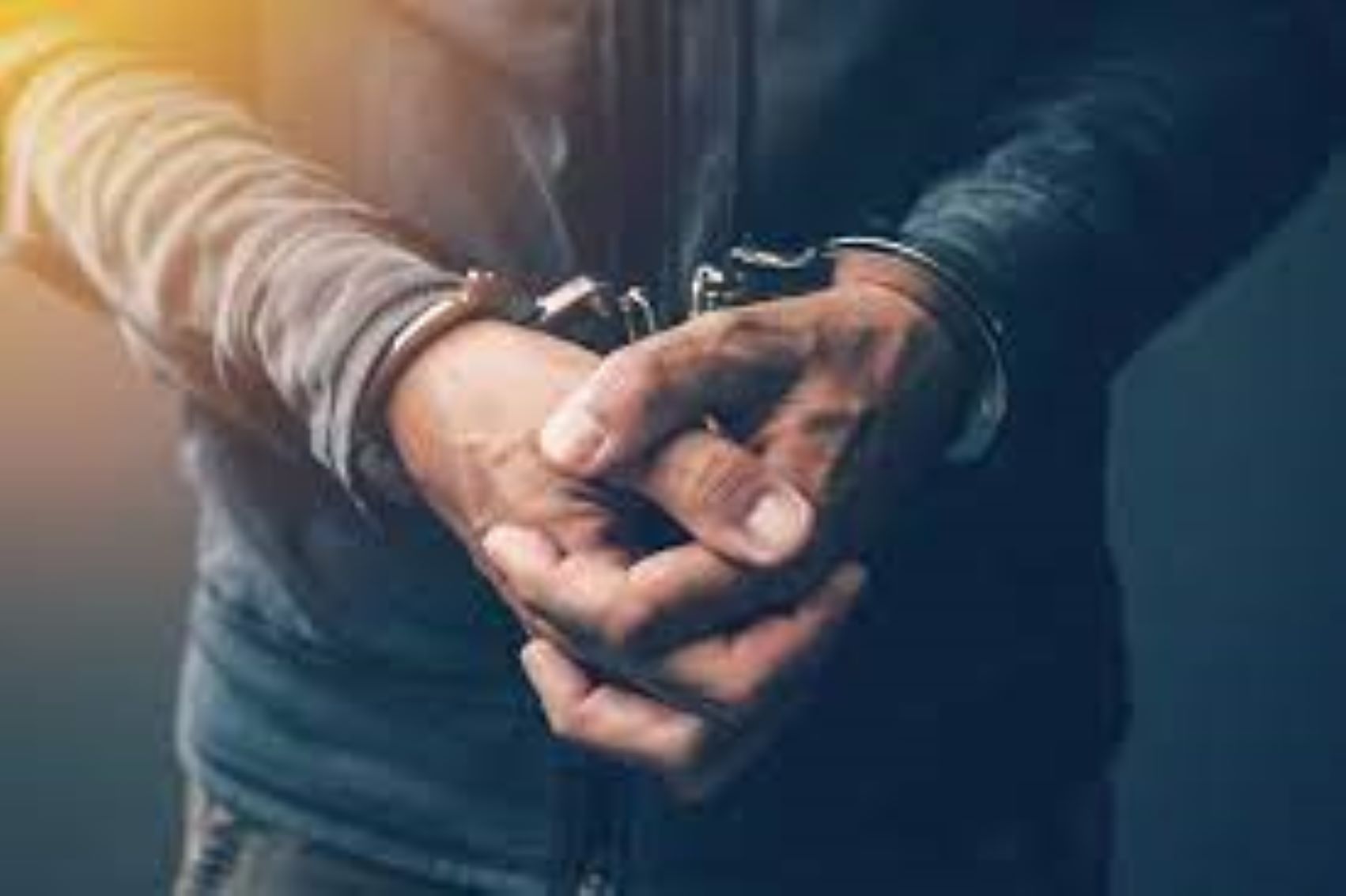