Daily NEWS Summary | 19-08-2021; Protests against the Taliban takeover of Afghanistan spread to more cities, including the capital Kabul, with a witness claiming several people were killed when militants shot at a crowd in Asadabad, a province east of Kunar, Reuters reported.

“Our flag, our identity,” shouted a crowd of men and women waving black, red and green national flags in Kabul, a video posted on social media showed the day Afghanistan celebrated its independence from British control in 1919. A witness reported gunshots fired near the demonstration, but it appeared to be the Taliban firing in the air.

The walkers chanted “God is the greatest”. During some demonstrations elsewhere, the media reported that people had dropped the Taliban’s white flag. In Asadabad, several people were killed during a demonstration, but it was not clear whether the victims were the result of Taliban fire or a stampede they started.

Protests also erupted in the city of Jalalabad and a district of Paktia province. “Salute those who carry the national flag and thus defend the dignity of the nation,” First Vice President Amrullah Saleh, who is trying to arouse opposition to the Taliban, said on Twitter.

Saleh said on Tuesday that he was the “legitimate interim president” in Afghanistan after President Ashraf Ghani fled. In a column for the Washington Post, Ahmad Massoud, head of the Afghan National Resistance Front, based in a former anti-Taliban stronghold northeast of Kabul, called for Western support.

“I am writing to you today from the Panjshir Valley, ready to follow in my father’s footsteps, with Mujahedin fighters ready to face the Taliban again,” wrote Massoud, son of Ahmad Shah Massoud, a veteran of the guerrillas killed by suspected Al Qaeda militants in 2001.

Other former Afghan leaders, including former President Hamid Karzai, have held talks with the Taliban. US President Joe Biden has said the Taliban must decide if they want international recognition. “Besides, I think they’re going through a sort of existential crisis.

Do you want to be recognized by the international community as a legitimate government? I’m not sure they do, ”Biden said in a TV interview. Kabul has been generally calm, but 12 people have died in and around the airport amid chaotic scenes, a NATO and Taliban official said. The deaths were caused by gunfire or shoving, according to the Taliban official.

In an incident captured on social media, a girl was hoisted over the high perimeter wall of the airport and handed over to a US soldier, underlining the desperation of many. Gunmen fired into the air at several entrances on Thursday, dispersing crowds, including women with babies. It was not clear whether the shooters were Taliban or security personnel assisting US forces inside the airport.

The Taliban “keep their word” by helping foreign powers evacuate their citizens, a Taliban official said. “We are facilitating a safe exit passage not only for foreigners but also for Afghans,” the official told Reuters.

United Nations agencies and international aid groups have requested an additional $ 800 million in humanitarian funds. Some 8,000 people have flown from Kabul since Sunday, a western security official said. Biden said US forces will stay until all Americans are evacuated, even if that means exceeding the August 31 US deadline for withdrawal.

Daily NEWS Summary | 19-08-2021; More than 3.86 million people did not receive their second dose of Covid vaccines (Covishield and Covaxin) within the allotted time, the government said in response to a request from RTI.

Activist Raman Sharma had filed a Right to Information Act (RTI) petition seeking to know from the government the number of people who received the first dose of vaccines, Covishield and Covaxin, but did not not taken the second within the allotted time. period.

In response to the question, the Union Department of Health’s Covid-19 vaccine administration cell said the second dose of Covishield is recommended to be taken within 84-112 days of the first, while in In the case of Covaxin, the gap should be between 28-42 days.

“The total number of vaccinated (beneficiaries) who received their first dose of Covishield vaccine but did not receive their second dose within the government prescribed timeframe of India according to the report to be published on the Co-WIN portal is 3.40 72,993 (data as of August 17, 2021) ”, states the response.

He also said that the total number of beneficiaries who received their first dose of the Covaxin vaccine but did not receive the second within the allotted period as prescribed by the government according to the Co-WIN portal report is 46. 78,406 (data as of 17 August 2021).

Daily NEWS Summary | 19-08-2021 ; In an interim order, the Gujarat High Court on Thursday suspended some sections related to inter-religious marriages from the recently enacted state anti-conversion law. A bench of the judicial division suspended the implementation of various articles of the Gujarat Freedom of Religion (Amendment) Act 2021.

The bench of Chief Justice Vikram Nath and Judge Biren Vaishnav approved the interim order, saying it was intended to protect people from unnecessary harassment. Gujarat’s anti-conversion law was amended in 2021 to introduce new articles criminalizing forced or fraudulent religious conversion through marriage and the government notified the law on June 15.

The law, the government argued, was supposed to end religious conversion through interfaith marriages. On Thursday, in adopting the interim order, Chief Justice Vikram Nath said: “We are of the opinion that pending a new hearing, the rigors of Articles 3, 4, 4a to 4c, 5, 6 and 6a will not simply work because the marriage is performed by a person of one religion with another religion without force, lure or fraudulent means and those marriages cannot be classified as marriages for the purpose of illegal conversion ”.

He said: “This interim order is intended to protect parties who have performed interfaith marriages from unnecessary harassment.”

The court followed up on a petition filed by the Gujarat branch of Jamiat Ulema-e-Hind questioning the constitutional validity of some of the amended sections. Attorney General Kamal Trivedi told the court on Tuesday that there was no “ban on interfaith marriages” in the state. He defended the new law against conversion, claiming that marriages cannot be a tool for “forced conversion.”

General Counsel Kamal Trivedi argued that the provisions of the law should not be feared. “Why this fear? As long as there is a real conversion, people do not have to worry. Interreligious marriage per se is not prohibited in this law. It only prohibits forced conversion by marriage.

However, he argued that “the law says that no one shall be converted by force, seduction, fraudulent means or marriage for the purpose of conversion.”

The petition alleged that the amended law contravenes the fundamental principles of marriage and the right to propagate, profess and practice a religion, enshrined in article 25 of the Constitution.

Daily NEWS Summary | 19-08-2021; On Thursday, a five-judge panel of the Calcutta High Court ordered the West Bengal government to refer allegations of post-election violence to the CBI. The central agency will investigate allegations of murder, rape and unnatural death.

The court also ordered the creation of a special investigation team made up of three IPS officers from West Bengal to investigate other crimes related to post-election violence. The investigation will be overseen by a retired Supreme Court judge.

In order, the formation of five judges headed by the president of the interim court Rajesh l. Bindal ordered the state to immediately process the victims’ compensation claims. CBI and SIT were asked to submit a status report within six weeks.

During the hearing of several petitions on post-election violence, the Superior Court in June 2021 ordered the National Human Rights Commission (NHRC) to establish a committee to examine complaints of post-election violence. The NHRC had submitted a report to the court on July 13 ordering that the investigation be turned over to the CBI.

The court, in its order Thursday, emphasized that allegations of bias brought by the West Bengal government against the NHRC committee were not upheld. The development has important ramifications for West Bengal.

The Trinamool congressional government and Chief Minister Mamata Banerjee have refuted the allegations of post-election violence. Banerjee had maintained that there had been no violence after she was sworn in as prime minister on May 5 for the third time in a row.

The BJP leadership welcomed the order and said it proved the allegations of post-election violence to be true. The case will be known in the first week of October 4.

13 years later, SC acquits a family that was sentenced to life imprisonment after being incriminated by the police acting under political pressure

Daily NEWS Summary | 19-08-2021; The Supreme Court acquitted three members of a family, chained by the police acting under political pressure and sentenced to life imprisonment by the courts, after complaining of the murder of their relative for a debt of 250 13 years.

A bench of judges Indira Banerjee and V. Ramasubramanian, in a trial, said that the police, instead of continuing to search for the truth, tried to bury him at various depths in a case that is a shocking reminder of the docility of the police for influences and lack of adequate legal representation in court and judicial oversight.

In May 2008, Madhav took Nand Kishore, who was seriously injured, to hospital. Kishore was the brother of Raju Yadav. Yadav was married to Madhav’s sister, Sahodara Bai. But Kishore was pronounced dead upon his arrival. He had suffered a brutal beating with sticks and lathis. Bai informed the police. The three named two men, Ruia and Kailash, in the FIR as guilty.

However, the case took a strange turn. Madhya Pradesh police turned on them. Instead of investigating the FIR, the police arrested the three relatives of the deceased. They were charged with his murder. The lower court found all three guilty and sentenced them to life imprisonment. During the trial, they found out that the two men they had appointed to the FIR for the Kishore murder had been detained by the police as star witnesses. This was a case in which the informant became the defendant and the defendant assumed the role of witnesses. Later, the Superior Court of the State confirmed his sentence.

Covid Updates: The number of reported coronavirus cases from India stood at 3,23,49,927 at the time of publishing this newsletter, with the death toll at 4,33,375. 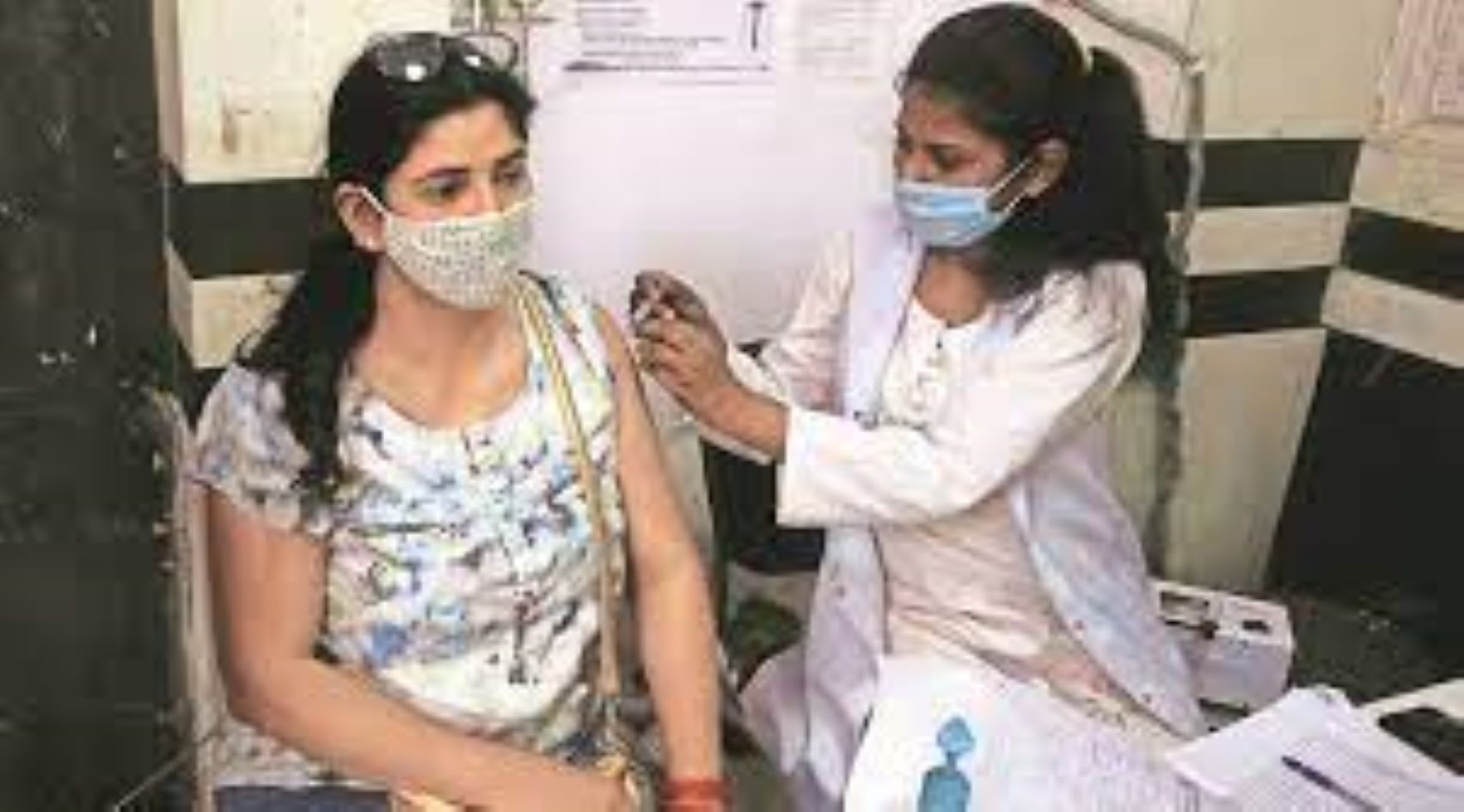