Daily NEWS Summary | 18-08-2021; A Taliban commander and top leader of the Haqqani network‘s militant group, Anas Haqqani, met with former Afghan President Hamid Karzai for talks, amidst efforts by the Taliban to establish a government, it reported Reuters.

Karzai was accompanied by the previous government’s top peace envoy, Abdullah Abdullah, at the meeting, said the Taliban official, who declined to be named. The Haqqani network is a major faction of the Taliban, which captured the capital, Kabul. The network, based on the border with Pakistan, has been blamed in recent years for some of the deadliest militant attacks in Afghanistan.

Meanwhile, the United Arab Emirates (UAE) announced that they had accepted Afghan President Ashraf Ghani and his family on “humanitarian grounds”. Ghani fled Afghanistan just as the Taliban were closing in on Kabul. The statement, released Wednesday by the UAE’s official WAM news agency, did not say where Ghani was in the country.

The decision of US President Joe Biden, a Democrat, to stick with the troop withdrawal agreement reached by his Republican predecessor Donald Trump has drawn much criticism at home and among US allies.

The United States and its Western allies resumed evacuating diplomats and civilians, following chaos at the Kabul airport when Afghans packed the runway.

As they rush to evacuate, foreign powers are weighing how to respond to the transformed situation on the ground after Afghan forces collapsed in just a few days, with what many predicted as a likely rapid collapse of women’s rights.

Daily NEWS Summary | 18-08-2021; The Chief Justice of the Supreme Court of India, N.V. Ramana expressed in public hearing on Wednesday his extreme dissatisfaction with “speculative” reports in some sections of the media that the Supreme Court College had recommended nine names for judicial appointments to the highest court.

The CJI said the reports were “irresponsible” and “counterproductive.” The CJI presided over a ceremonial bench convened on the occasion of the retirement of Judge Navin Sinha. The CJI said the Collegium meetings were taking place.

The judicial appointment process is a sacrosanct function of the Collegium. The media must not undermine the integrity and dignity of the process by allowing speculation. The CJI also congratulated journalists who showed restraint.

Dr. Barq has also been charged with malicious and intentional acts designed to outrage religious sentiments and promote enmity between different groups. The FIR came forward following a complaint from Rajesh Singhal, who is said to be a BJP leader, but is described by the police as an individual.

SP Sambhal Chakresh Mishra said that Dr. Barq’s comments were inflammatory. On Monday, the five-time Uttar Pradesh MP said the Taliban wanted to rule Afghanistan themselves as they wanted. He added that when India was fighting for independence from British rule, the whole country had come together. Also, he said, the Taliban wanted to liberate their country that was captured by the United States and, earlier, Russia.

Daily NEWS Summary | 18-08-2021; On Wednesday, a Delhi court acquitted Congress Leader, Shashi Tharoor, of all charges, including complicity in suicide, in connection with the death of his wife Sunanda Pushkar in January 2014.

Daily NEWS Summary | 18-08-2021; The Supreme Court detained the military for its “regressive mentality” while allowing women, on a provisional basis, to take the National Defense Academy (NDA) exam on September 5.
A court of Justices Sanjay Kishan Kaul and Hrishikesh Roy ruled “absurd” that women not allowed to appear for the NDA even after the Supreme Court in a ruling ordered the Standing Commission for Women in the Army .

“Why are you continuing in this direction? Even after Judge D.Y. Does the Chandrachud trial broaden horizons and extend the Standing Army Commission to women? It is unfounded now! It seems absurd to us! Will the military only act when a court order is approved? Not otherwise? Judge Kaul asked Additional Attorney General Aishwarya Bhati.

Lead counsel Chinmoy Pradip Sharma and defense counsel Mohit Paul and Sunaina Phul appeared before the applicants. Bhati said that as a private lawyer, she represented the female officers who fought for the Standing Commission at the Supreme Court. She argued that it was a political decision not to allow women to take the NDA exam while still being allowed entry through the Indian Military Academy (IMA) and the Officer Training Academy (OTA).

The court asked why “coeducation is a problem” in the NDA. “The political decision is based on discrimination based on sex,” he observed, calling on the military and the government to take a broad and constructive view on the issue. He asked the UPSC to give maximum publicity to his interim order. She said she would consider the larger issue of admitting women to the NDA as a policy later.

Daily NEWS Summary | 18-08-2021; An expert panel reporting to the National Human Rights Commission (NHRC) expressed “serious concerns about the slow pace of reforms to the criminal justice system to ensure expedited justice,” according to a statement from the NHRC.

The NHRC‘s select group on the criminal justice system held its first meeting in which experts said the delay in resolving the cases resulted in human rights violations for both defendants and convicts. NHRC Justice member (retired) M.M. Kumar, who chaired the meeting, said that despite Supreme Court directives on police reform, there has been virtually no change on the ground.

He said that special laws and expedited courts could replace some crimes under the Indian Penal Code, to reduce the backlog of cases in each police station. NHRC Chief Justice (Retired) A.K. Mishra said that not only were trials delayed, but court orders sentencing a person also took years to enforce. He said digitizing the documents would help speed up investigations and prosecutions.

About 4.4 million cases were estimated to be pending before the Supreme Court, superior courts and district courts, said NHRC Secretary General Bimbadhar Pradhan. Suggestions made during the meeting included raising awareness of the laws among police personnel, increasing the number of police officers and police stations in proportion to the number of complaints in an area, and including social workers and psychologists in the criminal justice system.

Daily NEWS Summary | 18-08-2021; On Wednesday, the Supreme Court rejected a request by the Maharashtra government to revoke two paragraphs related to the transfer and assignment of police officers and the reinstatement of a CBI FIR agent against former Interior Minister Anil Deshmukh.

A bench of Justices DY Chandrachud and MR Shah said it was unwilling to interfere with the July 22 order of the Bombay High Court and dismissed the petition. The higher court said it could not dilute the direction of a constitutional court ordering a CBI investigation by drawing a line for the agency as to what aspect the investigation should take place.

He said that the impression is created that the state is trying to protect the former interior minister by not allowing the investigation into the aspect of the transfer and secondment of police officers and the reinstatement of the inspector. Additional police Sachin Waze.

On July 22, the Bombay HC said the CBI may investigate the transfer and positions of police personnel and the reinstatement of Waze in the Mumbai Police Force “as it relates to the former Minister of the Interior of Maharashtra., Anil Deshmukh and his associates “. 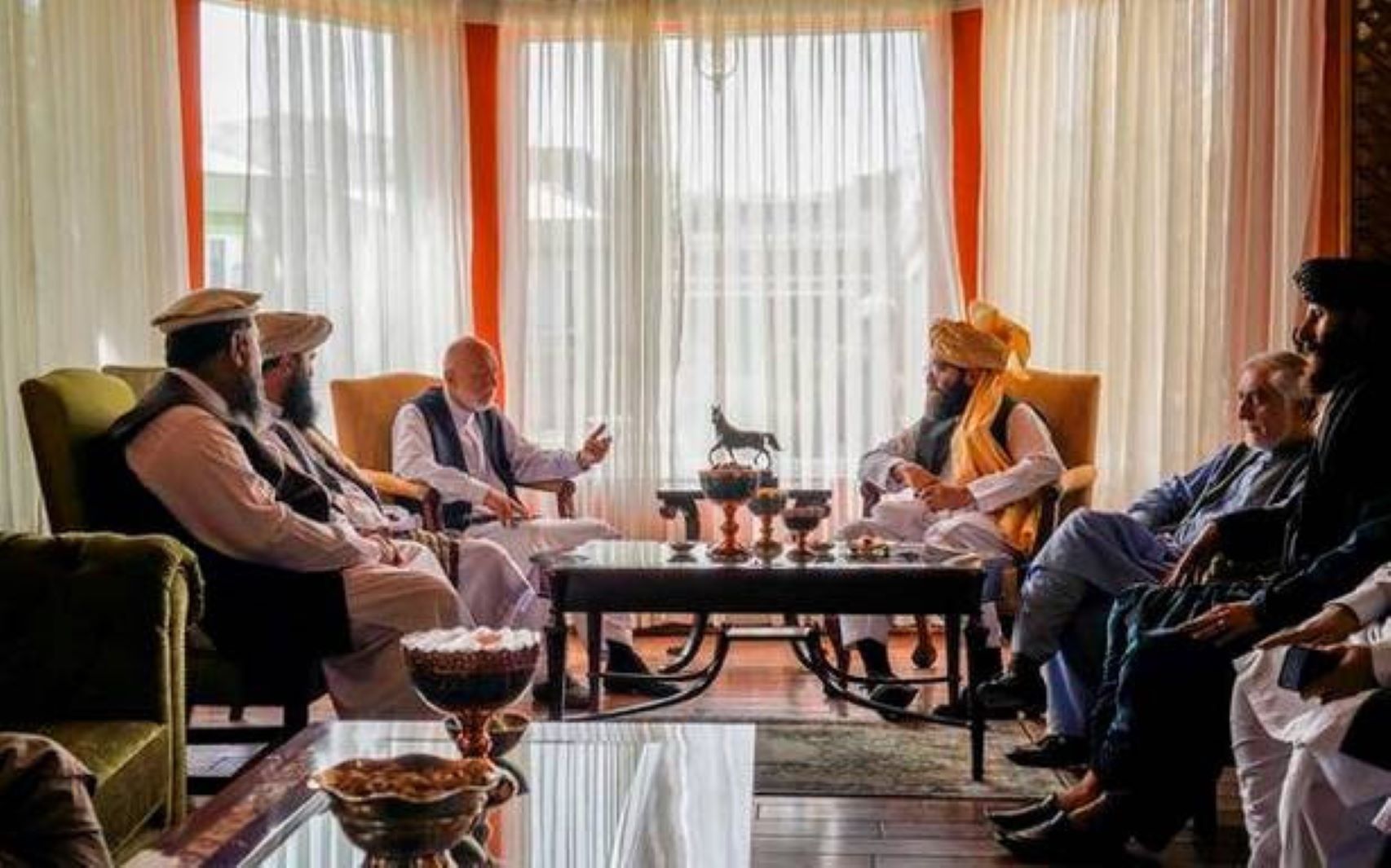