Daily NEWS Summary | 17-08-2021; The Taliban declared an “amnesty” across Afghanistan and urged women to join their government, seeking to convince a wary population that they have changed.

Following a bombardment in Afghanistan in which many towns fell to insurgents without a fight, the Taliban attempted to portray themselves as more moderate than when they imposed a brutal regime in the late 1990s. But many Afghans remain skeptical.

Older generations remember the ultra-conservative Islamic views of the Taliban, which included severe restrictions on women, as well as public stoning and amputations before they were overthrown by the US-led invasion of following the terrorist attacks of September 11, 2001.

The capital of Kabul remained silent for another day as the Taliban patrolled its streets and many residents remained at home in fear after the insurgent takeover resulted in the emptying of prisons and the looting of armories. Many women have expressed fear that the Western experiment of two decades to expand their rights and remake Afghanistan will not survive the resurgence of the Taliban.

Meanwhile, Germany halted development aid to Afghanistan due to the Taliban takeover. This aid is a vital source of funding for the country, and the Taliban’s efforts to project a softer version of themselves may be aimed at ensuring that the money keeps flowing.

The promises of amnesty from Enamullah Samangani, a member of the Taliban’s cultural commission, were the first comments on how the Taliban might rule nationally. However, his comments remained vague as the Taliban are still negotiating with political leaders in the country’s ousted government and no formal transfer agreement has been announced.

Other Taliban leaders have said they will not seek revenge on those who have worked with the Afghan government or with foreign countries. But some in Kabul claim that Taliban fighters have lists of people who have cooperated with the government and are looking for them.

A news anchor in Afghanistan said she was hiding in a relative’s house, too scared to return home, let alone return to work after reports that insurgents are also looking for journalists. She said she and other women did not believe the Taliban had changed their ways. He spoke on condition of anonymity because he feared for his safety.

Samangani addressed the concerns of women, saying they were “the main victims of more than 40 years of crisis in Afghanistan”.

It would be a marked change from when the Taliban was last in power, when women were largely confined to their homes. Samangani did not describe exactly what he meant by Islamic law, which implies that people already knew the rules.

In another sign of the Taliban’s efforts to present a new image, a television host for the private broadcaster Tolo on Tuesday interviewed a Taliban official in front of a camera in a studio, an interaction that would have been unthinkable in the past. Meanwhile, hijab-clad women briefly protested in Kabul, holding up signs demanding that the Taliban not “remove women” from public life.

Talks continued Tuesday between the Taliban and several Afghan government officials, including former President Hamid Karzai and Abdullah Abdullah, who once headed the country’s negotiating council.

Discussions focused on how a Taliban-dominated government would operate given the changes in Afghanistan over the past 20 years, rather than simply dividing up who controlled which ministries, officials with knowledge of the negotiations said. They spoke on condition of anonymity to discuss confidential details of the conversations.

Daily NEWS Summary | 17-08-2021; After a tense day in which Taliban guards prevented diplomats from traveling, 140 Indians, including about 120 Indian embassy employees and Indo-Tibetan border police personnel, 16 civilians and four media returned to Delhi aboard a special military flight.

The flight, a C-17 Globemaster, was one of two planes operated by the Indian Air Force to bring home all Indian Embassy staff. However, the government maintained that it had not “abandoned” the Afghans and launched a new category of electronic visa, especially for Afghan citizens who wish to come to India.

On August 16, another C-17 flight brought home some 40 diplomats and other personnel, after Taliban guards in Kabul prevented others from getting to the airport, stopped their convoy, confiscated equipment and forcing them to return to the embassy.

Difficult and uncertain hours followed, according to sources, as Indian diplomats, led by Tandon, coordinated with the new militia now in control of the capital and other diplomatic missions to ensure the safe passage of the convoy out of Kabul, then to Hamid Karzai International Airport, currently under the control of US-led NATO troops.

After spending the night at the airport, all the Indians were picked up around 6 a.m. According to flight tracking data, the two flights took a long and winding route, avoiding Pakistani airspace and minimizing travel through Afghan airspace, to fly over Iran and return to India over the Arabian Sea and return over Gujarat.

Government officials also said they would open visa applications for Afghans of all faiths, including Hindus and Sikhs, about whom they had previously made statements.

On Tuesday, the MEA established a “24/7 Afghanistan Special Cell” for anyone in need of evacuation once business operations begin on Tuesday. In addition, the Home Office introduced a new e-visa category called “e-Emergency X-Misc visa” to expedite visa applications from all Afghans who wish to travel to India, which will be a six-month visa to be granted in line.

The return of all staff means that the Indian diplomatic mission in Afghanistan is at least temporarily closed. India closed its missions in Jalalabad and Herat last year and its consulates in Kandahar and Mazar e Sharif last month.

The government will now have to decide on the nature of relations with the Taliban government in Kabul, once this is officially announced, and whether it will even maintain a basic commitment to continue air operations to Kabul to evacuate more civilians.

Daily NEWS Summary | 17-08-2021; A large number of fighters belonging to the Islamic State (IS), Jaish e-Mohammed (JeM) and Lashkar-e-Taiba (LeT) have entered the Afghan capital, Kabul, in recent days, sources on the ground. Taliban leaders are aware of the presence of these foreign terrorists, who entered the city with the Taliban flag. The groups are said to be operating in different parts of Kabul city and are not under Taliban control.

Under the deal with the United States, the Taliban have pledged to prevent terrorist groups from operating in Afghanistan and are expected to expel them from Kabul in the coming days. An Afghan human rights activist working closely with the Taliban political bureau in Doha said the coming days will be critical as the groups may engage in operations on their own in violation of orders from the Taliban leadership.

Taliban leaders are trying to mobilize to prevent foreign fighters from finding a base in Kabul and developments in this direction took place Monday evening with the arrival of Mullah Yaqub, son of the late Mullah Omar, founder of the Taliban.

Yaqub is from Quetta, where Taliban leaders have been based for decades. He is the “head of operations” of the Taliban forces and is expected to start strengthening the Taliban regime in Kabul soon. There are concerns about possible clashes that could take place between these terrorist groups and the Taliban if the latter attempt to expel them militarily.

The Taliban have already engaged with former President Hamid Karzai, Tajik leader and former Afghan chief executive Abdullah Abdullah, and Hezb-e-Islami leader Gulbuddin Hekmatyar, seeking support to form the next government Afghan. The transition can begin once Qatar’s political leadership arrives. For now, it appears that the arrival of the political team has been delayed due to the chaotic scenes at Kabul airport, which remains under the control of the US government.

Ensuring the safety of Kabul will be a major challenge for the Taliban in the first phase of their rule. The international community will closely monitor the Taliban’s commitment to ensuring that Afghanistan remains free from terrorist elements such as IS or Daesh, JeM and LeT.

The sources said that in the absence of effective police forces on the ground, there is a high probability of violence by these terrorist groups that could also secure enclaves in Kabul and other cities in Afghanistan.

Daily NEWS Summary | 17-08-2021 ; On Tuesday, the Supreme Court issued a pre-admission notice to the central government on motions calling for an independent investigation into allegations that the government used Israel-based spyware Pegasus to spy on citizens.

The court made it clear to the government that “none of us wants to endanger the defense of the nation … but there are citizens, some of whom are prominent figures, who have complained that their phones are being hacked.”

After issuing an opinion, a bench of the Chief Justice of India (CJI) NV Ramana, and Justices Surya Kant and Aniruddha Bose said they would consider further action, including forming a committee to investigate the allegations, in due course. The court presented the case for hearing after 10 days.

The notice was issued after the government, represented by Attorney General Tushar Mehta, stood firm in its two-page affidavit denying “each and every allegation.” Mehta said that any disclosure of software allegedly used by the government to combat terrorism would jeopardize national security.

The government agreed in court to form a committee of experts to investigate the Pegasus spy reports, he noted. Judge Kant said it was not about compromising national security.

On Monday, Sibal rebutted the affidavit on five points. First, he said that it was presented by the Ministry of Electronics and Information Technology and not by the Ministry of the Interior that allowed surveillance under the law. Second, the affidavit did not indicate whether the government or its agencies were using Pegasus. Third, he said that if the government does not have time to study and respond to petitions, then the court must give them time.

The finance minister has ruled out a cut in excise taxes on gasoline and diesel for now, saying the government has to pay oil bonds issued by UPA in the past.

Chief Congressman Randeep Surjewala said that the Rs 1.3 million lakh oil bonds were not even past due so far and that the government had raised significantly more revenue in seven years. “Don’t lie. The 1.3 lakh crore oil bonds are not even maturing right now,” he said on Twitter.

He also alleged that the government had extorted 22,333,868 million yen by eliminating gasoline and diesel over the past seven years. The congressman said that in 2020-2021 alone, the “Modi tax” on gasoline and diesel stood at 4.53.812 million rupees. He also listed other taxes levied and the total revenue collection from the oil sector in support of his claim.

His comments came after Sitharaman said that if she had not had the burden of paying the oil bonds, she could have reduced the excise duties on fuel.

Hindustan Aeronautics Limited (HAL) signed a $ 716 million deal with General Electric Aviation of the United States on Tuesday for 99 F404 aircraft engines that will power the Tejas Mk-1A light combat aircraft. In February, the Department of Defense signed a 48,000 crore agreement with HAL to supply 83 LCA-Mk1As to the Air Force. 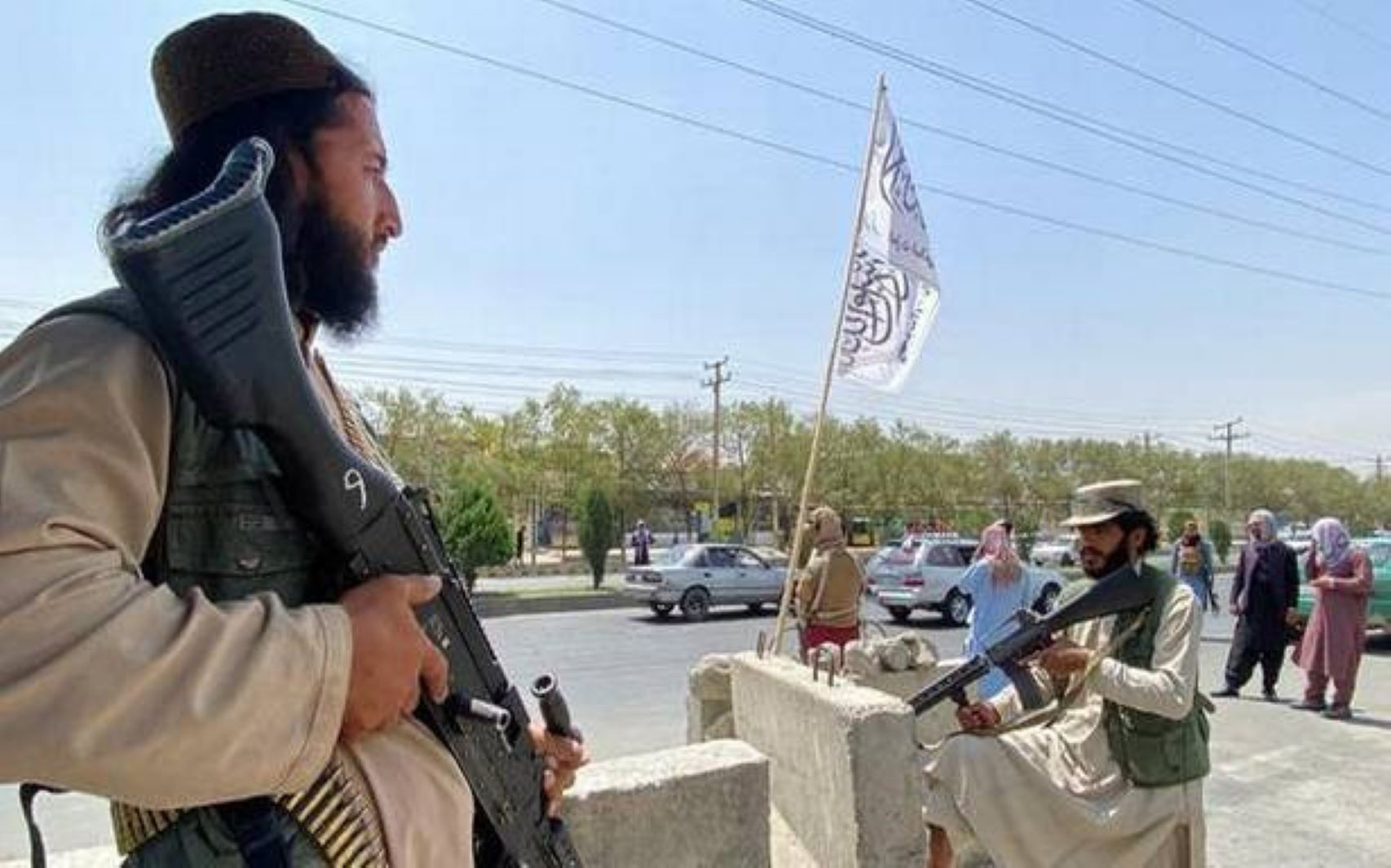