President Ghani on the run as Taliban closes in on Kabul

Daily NEWS Summary | 15-08-2021; Taliban fighters entered the outskirts of Kabul on August 15 when terrified workers fled government offices and helicopters landed at the United States Embassy in the Afghan capital as militants further tightened their grip on the country. President Ashraf Ghani fled Afghanistan as the Taliban approached the capital, Kabul.

Taliban fighters have been ordered to wait outside Kabul and not to enter the city, an insurgent spokesman said, after the country’s security forces collapsed. “The Islamic Emirate orders all its forces to stay at the gates of Kabul, not to try to enter the city,” tweeted a Taliban spokesman.

An Afghan official told The Associated Press that Taliban negotiators were heading to the presidential palace to prepare for a “handover” of power. The official, who requested anonymity, said the goal was a peaceful handover from the government to the Taliban.

The UK Home Office has previously said it is working to protect its citizens and help other eligible former UK employees leave Afghanistan. Indian consulates in Kandahar and Mazar-e-Sharif, two of Afghanistan’s largest cities, have been handed over to local staff over the past four weeks and all Indians have been evacuated via special flights. India is closely monitoring the situation.

An Afghan official said forces at Bagram Air Base, which houses a prison that houses 5,000 detainees, have surrendered to the Taliban. The old American base passes into the hands of the insurgents. The prison housed both Taliban and Islamic State fighters.

This happened when the Taliban entered the outskirts of Kabul. Russia is working with other countries to hold an emergency UN Security Council meeting on Afghanistan as the Taliban complete their military takeover of the country, a Foreign Ministry official said, Zamir Kabulov, to Russian news agencies.

Three Afghan officials told The Associated Press that the Taliban were in the districts of Kalakan, Qarabagh and Paghman in the capital. Afterwards, the activists promised not to take the capital “by force”, as sporadic gunfire could be heard in the capital.

Recall that the President of the United States, Joe Biden, announced the withdrawal of American troops from Afghanistan from May 1 to September 11, ending the United States’ longest war within days, the Taliban launched a major offensive against Afghan forces that led to the fall of Kabul on August 15.

Daily NEWS Summary | 15-08-2021; On the occasion of the 75th anniversary of India’s independence, Prime Minister Narendra Modi called for the next 25 years (when India reaches a century of independence) to be glorious with “new thresholds, aspirations and dreams, ”coining the phrase“ Sabka Saath, Sabka Vikas, Sabka Vishwas, Sabka Prayaas”(Overall, development for all, confidence of all, efforts of all) in his eighth consecutive speech to the nation from the walls of the Red Fort.

Mr. Modi, as India’s first first independent Minister, Jawahar Lal Nehru, in his Tryst with Destiny speech in India, said: “There comes a time in the life of every nation where what development means is redefined. for this, and once again resolves how to achieve its goals, this moment for our country is now ”. Modi called the next 25 years “amrit kaal” to achieve these goals.

Prime Minister recalled the services and commitment of doctors, nurses, paramedics, healthcare workers, scientists and entrepreneurs who have helped fight the COVID-19 pandemic through the development of indigenous vaccines . He also mentioned that while celebrating independence, “the Indians took the moving decision to mark August 14,1947 as the day to remember the horrors of the score” for all those who lost their lives and their loved ones in the score.

His speech, lasting nearly 90 minutes in total, highlighted his government’s efforts to simplify laws, make government less intrusive, invest heavily in infrastructure, including the 100 lakh crore “Gatishakti initiative”, which master plan will be released soon. It should be noted that the Prime Minister was only repeating the promise made in 2019 and 2020.

The prime minister said his government is committed to achieving the goal of 100% coverage of all social assistance schemes, including the Jal Jeevan mission to provide clean water connections to all households., Ujjwala Cooking Gas Program, Pradhan Mantri Awaas Yojana for housing, Jan Dhan bank accounts for all and other similar schemes.

He also announced the admission of girls to all Sainik schools across the country and that the use of fortified rice would also be undertaken in all government nutrition programs, the government had committed to keeping both promises there a few years ago.

The prime minister, winking at the farmers’ ongoing protests against the three controversial farm laws introduced by his government, said that the majority of Indian farmers are small and marginal and that his government has prioritized interests. of the.

With the slogan “Chhota kisan bane desh ki shaan (Small farmers must become the pride of India)”, Modi said that 80% of Indian farmers own less than two hectares of land.

Emphasizing that he had full confidence in the youth of the country, the prime minister said that they were a “dynamic generation” who could achieve any goal.

The Prime Minister said that the development of Jammu and Kashmir, as well as Ladakh, is underway, as is the work of the J&K Boundary Commission, and that the Assembly elections will take place as soon as possible in the Union territory.

Daily NEWS Summary | 15-08-2021; Chief Justice of India (CJI) NV Ramana lamented the lack of quality parliamentary debates during the passing of the laws and said their absence has led to prosecution in court, making citizens uncomfortable, courts and other interested parties.

The CJI called the current situation in the context of the parliamentary debates as a “sad situation” and said that the laws are notified without any “adequate debate” between the legislators, which leaves many loopholes and ambiguities in the laws.

The cryptic remarks by the CJI come in the context of a highly disturbing monsoon parliamentary session in which little business was done and the hasty manner in which major bills were passed through parliament without discussion. For example, the 2021 judicial reform bill called for the abolition of nine appellate courts even though the opposition emphasized that this decision undermined the judicial system.

Daily NEWS Summary | 15-08-2021; If dependence on China increases, we will have to bow to it, said Rashtriya Swayamsevak Sangh (RSS) leader Mohan Bhagwat after raising the national flag at a school in Mumbai on the 75th Independence Day. Swadeshi for the head of RSS means doing business in Indian terms.

Bhagwat’s remarks seemed to advise the government on the vision that should guide its economic policies. He said that the business vision should be to produce more and the competition should be for better quality products. 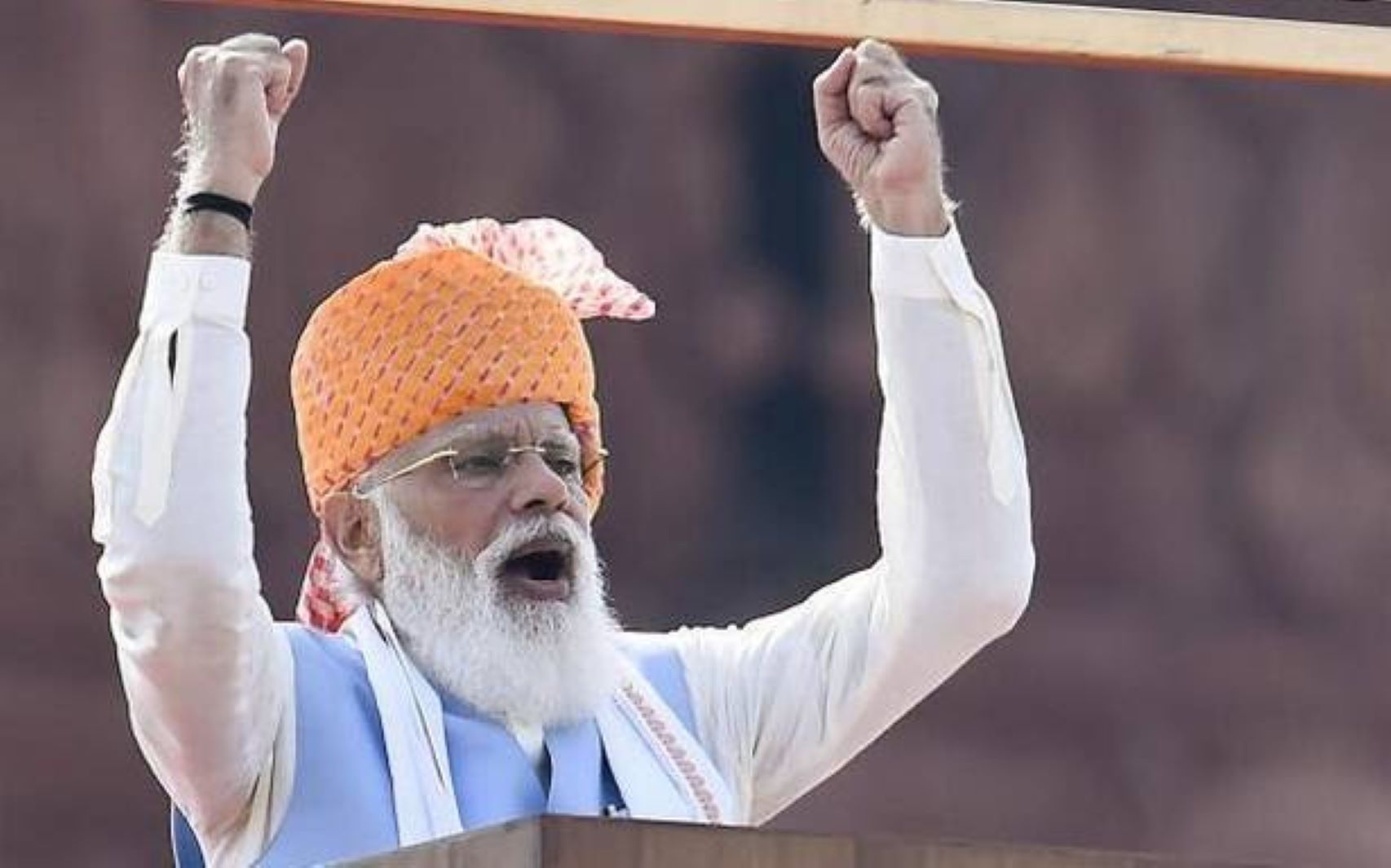