Daily NEWS Summary | 14-01-2021; Prime Minister Narendra Modi said that August 14 would be celebrated as “Partition Horrors Remembrance Day” to recognize the pain suffered by Indians due to the partition of India in 1947.

On Twitter, the microblogging site, he tweeted, “The pains of the score can never be forgotten. Millions of our sisters and brothers have been displaced and many have lost their lives due to senseless hatred and violence. In memory of the struggles and sacrifices of our people, August 14 will be the Day of Remembrance of the Horrors of Partition ”.

He added that the day, known for the partition of India into two countries, India and Pakistan, would remind Indians of the need to “remove the poison of social divisions”.

“May the #PartitionHorrorsRemembranceDay continue to remind us of the need to eliminate the poison of social divisions, disharmony and further strengthen the spirit of unity, social harmony and human empowerment,” he tweeted.

The Union Home Ministry issued a notice on Saturday evening stating that August 14 will be celebrated as the Day of Remembrance of the Horrors of Partition. In a notification, the Home Ministry said the Indian people, while celebrating “Azadi ka Amrit Mahotsav”, would salute the sons and daughters of the country who had to sacrifice their lives during the partition of India.

As soon as Modi made the announcement, the general secretary (organization) of the BJP tweeted that it was a laudable attempt to recall the tragedy that advocates of the “Nehruvian legacy” sought to clear.

While no details have been shared on the commemorative events that will take place on the day, the announcement comes on the eve of India’s 75th independence anniversary. A series of year-long anniversary events, “Amrit Mahotsav”, have been scheduled, including the recording of the national anthem by ordinary citizens and its publication on the Rashtrapati Bhavan website.

Twitter unlocks accounts of Rahul Gandhi and other congress leaders

Gandhi’s account was temporarily suspended last week after he tweeted photos of the family of a nine-year-old victim of suspected rape and murder in Delhi. Calling this a violation of the law, the National Commission for the Protection of the Rights of the Child had complained to Twitter and the Delhi police.

The handles of all these rulers, who had shared the same image as Gandhi, were also unlocked. Gandhi has yet to tweet, but Lok Sabha member Manickam Tagore has tweeted about unlocking his account.

Gandhi in a video statement warned that taking sides in a political competition would have “repercussions” on Twitter.

In the midst of a high-profile political competition, Twitter transferred its boss from India, Manish Maheshwari. The company did not specify the reason for the change. He said Maheshwari will move to the United States as a senior director (revenue and operations strategy) and focus on new markets in his new role.

Ashraf Ghani vows not to give up on his “achievements” after the Taliban seizes the province near the capital; India assesses Kabul embassy options

Insurgents seized much of northern, western and southern Afghanistan in a dizzying offensive less than three weeks before the United States withdrew its remaining troops, raising fears of a full capture. power by militants or another Afghan civil war.

The Taliban have captured all of Logar and arrested its provincial officials, Hoda Ahmadi, a provincial lawmaker, said on Saturday. He said the Taliban had reached Char Asyab district, just 11 kilometers south of the capital, Kabul.

The Taliban also attacked the northern city of Mazar-e-Sharif from various directions, sparking heavy fighting on its outskirts, according to Munir Ahmad Farhad, spokesman for the governor of the province. There was no immediate word on the victims.

Afghan President Ashraf Ghani delivered a televised speech on Saturday, his first public appearance since recent Taliban advances, in which he vowed not to abandon the “achievements” of the 20 years since the United States toppled the Taliban following the attacks of the 11 of September.

The president traveled to Mazar-e-Sharif on Wednesday to rally the city’s defenses and met with several militia commanders, including Abdul Rashid Dostum and Ata Mohammad Noor, who command thousands of fighters.

They remain allies of the government, but in previous rounds of fighting in Afghanistan, warlords have been known to switch sides for their own survival. Ismail Khan, a powerful former warlord who had tried to defend Herat, was captured by the Taliban when insurgents seized the western city after two weeks of fierce fighting.

Residents of Mazar-e-Sharif have expressed fear over deteriorating security.

The withdrawal of foreign forces and the rapid withdrawal of Afghanistan’s own troops, despite hundreds of billions of dollars in U.S. aid over the years, have raised fears that the Taliban will return to power or that the country is destroyed by the fighting between factions, as it was after the Soviet withdrawal in 1989.

Meanwhile, amid moves by other countries to secure its Afghanistan-based diplomats, the Indian government has launched a series of consultations on whether to reduce operations at its embassy in Kabul. Saturday’s meetings in New Delhi came amid reports that the Taliban had seized territory some 50 kilometers from Kabul.

According to sources, security assessments had previously been in favor of keeping the Indian Embassy in Kabul fully operational, following the closure of the consulates in Kandahar and Mazar-e-Sharif and the departure of Indian personnel.

Parliament is the temple of democracy in the country, says Kovind in his speech on the eve of the nation’s independence.

Daily NEWS Summary | 14-01-2021; President Ram Nath Kovind said that Parliament is the country’s “temple of democracy,” providing the highest forum for discussing, debating and deciding issues for the well-being of the people, comments that took place in the context of the recent continuous boos breaking off which caused the abrupt postponement of both Houses.

In a televised address to the nation on the eve of the 75th Independence Day, the president also referred to the second wave of Covid-19 and said that the country had not yet emerged from its devastating effects. He said that now is the time to be cautious and cautious and that people should not let their guard down.

President Kovind also tried to address concerns raised by farmers’ unions protesting the three disputed farm laws, saying the round of farm marketing reforms would empower our ‘annadata’ farmers and help them get a better price for their products.

President Kovind said that when India gained independence, many skeptics believed that democracy would not survive in India. The founding fathers had put their faith in the wisdom of the people and “we, the Indian people,” made India a strong democracy, he added.

Incidentally, in “Freedom in The World 2021”, Freedom House‘s annual report on the state of the world’s democracies, India was downgraded this year from “free” to “partially free.” “India’s status has changed from free to partially free due to a multi-year model in which the Hindu nationalist government and its allies have presided over the increase in violence and discriminatory policies that affect the Muslim population and continue to advocate the repression of expressions of dissent by the media, academics, civilians, social groups and protesters, “said the report of the United States’ democracy watchdog.

Courts continue to have divergent views on marital rape

Daily NEWS Summary | 14-01-2021; Four years after the Supreme Court dismissed Judge JS Verma  recommendation of the Committee to criminalize marital rape, in addition to citing judicial decisions around the world that “a rapist is still a rapist and marriage to the victim does not makes him a non-rapist , ”Indian courts continue to take a position on marital rapes that are polar opposites of each other.

The recent court response to allegations of marital rape has been mixed. When the Kerala High Court upheld marital rape as a valid ground for divorce, a Maharashtra court granted a man bail and found that forced sex with his wife was not “illegal”, although they said it left her paralyzed.

In 2017, the High Court, in Independent Thought versus Union of India, declined to explore the issue of marital rape while considering an exception to Section 375 (Rape) of the Indian Penal Code which allows a man to force sex to your wife. if you are over 15 years old. However, in its ruling declaring that “sex with a girl under the age of 18 constitutes rape, whether married or not,” the Supreme Court noted that the statutory immunity granted to marital rape stems from the “archaic notion that a wife is nothing more than a subordinate property of her husband”.

Likewise, the Gujarat High Court ruled that “a law that does not grant married and unmarried women the same protection creates conditions conducive to marital rape.”

However, the legislative amnesty for marital rape continues to survive in the book of laws despite a series of Supreme Court rulings upholding the bodily integrity and privacy of women. 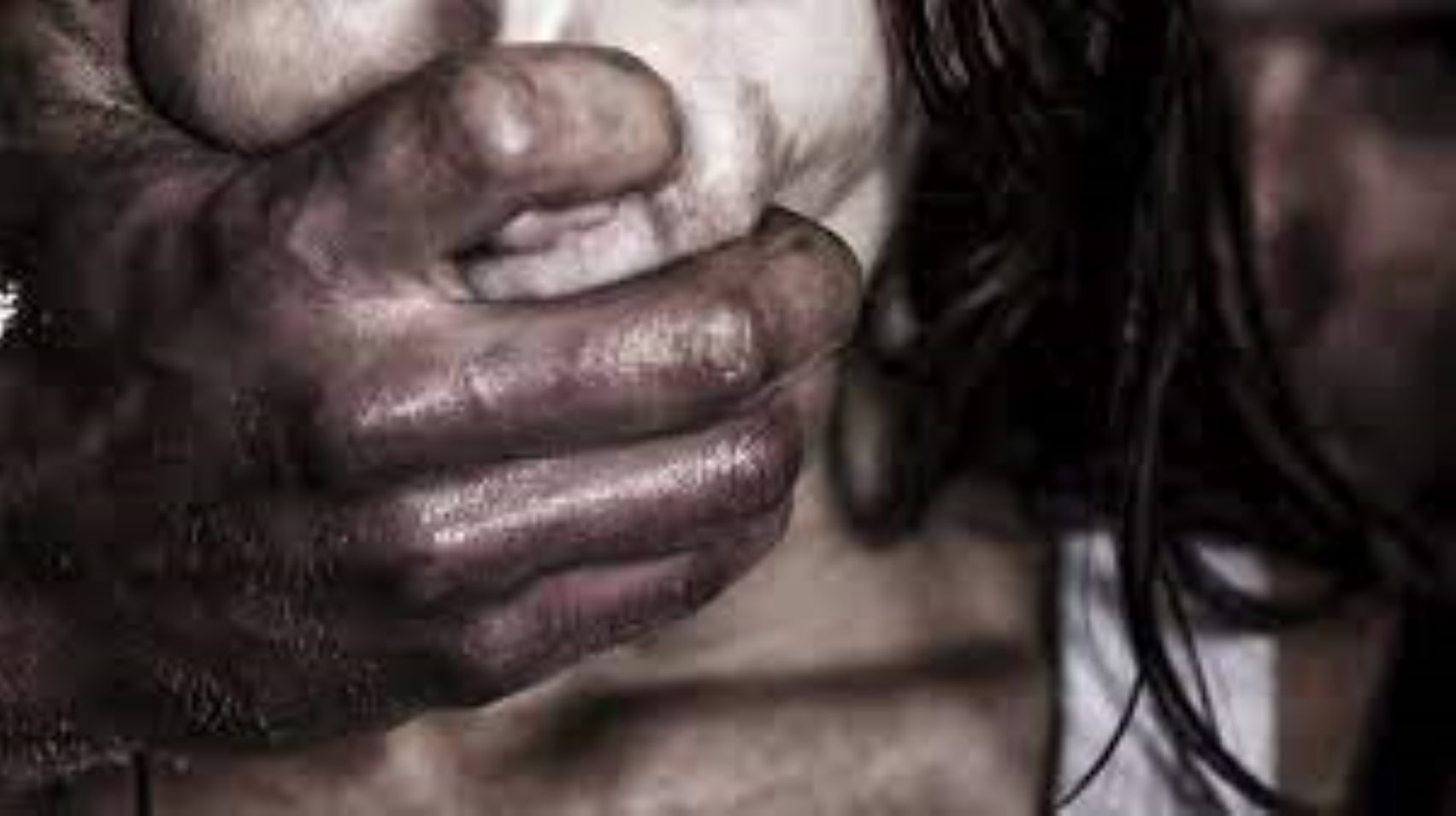