Daily NEWS Summary | 12-08-2021; Leaders of various opposition parties staged a protest march in Delhi against the government over various issues, including Pegasus and the alleged mistreatment of its MPs in Rajya Sabha, and Congressional Leader Rahul Gandhi said the voice of the people was ” crushed “at the House.

Top leaders of various opposition parties gathered in the chamber of opposition leader Rajya Sabha Mallikarjun Kharge and then marched in protest from Parliament to Vijay Chowk.

Among those who attended the meeting were Gandhi, Sharad Pawar, Kharge, Sanjay Raut, Manoj Jha and other opposition leaders. The protest comes a day after bills were passed in Rajya Sabha amid allegations of mistreatment by opposition leaders.

The protesting parliamentarians carried anti-government posters and banners that read “Stop the slaughter of democracy” and “We demand the repeal of the laws against agriculture.”

“On Wednesday, members of the Rajya Sabha were physically beaten,” he charged. He said that the Opposition was not allowed to speak within Parliament and that “it is nothing less than an assassination of democracy.”

Daily NEWS Summary | 12-08-2021; A virtual war erupted between Twitter India and Congress after the social media platform blocked the official party ID and accounts of several high-level leaders. Twitter has also blocked party controls in Tamil Nadu, Rajasthan, Gujarat and Maharashtra, in addition to those of the Mumbai Regional Congress Committee and the Daman & Diu Congress Committee.

The move comes just days after Twitter blocked former Congress President Rahul Gandhi for posting a photo of the parents of a nine-year-old girl who was allegedly raped and murdered in Delhi.

Out of challenge, the party’s general secretary, Priyanka Gandhi Vadra, changed her display image to that of Gandhi, while others, like the president of the Youth Congress, BV Srinivas, changed both l display image and name of his name in Rahul Gandhi.

Late Wednesday evening, among the prominent leaders whose names were suspended by Twitter for violating its policies were Randeep Surjewala, K.C. Venugopal, Ajay Maken, Sushmita Dev, Bhanwar Jitendra Singh and Manickam Tagore, member of Lok Sabha, among others. All of these leaders, as well as the Congress Cove, had shared the same photo in solidarity with Gandhi.

Breaking his silence on the Twitter episode, Gandhi said on Instagram: “If fighting for justice for the murder and the rape victim is a crime, then I am guilty. They can block us on a platform, but they cannot block our voice for the good of the people. “

Party leaders claimed that not only prominent leaders, but also “thousands of congressional credentials have been blocked by Twitter. Last week, Twitter deleted Gandhi’s tweet with the photo, as Indian law prohibits sharing photos of a victim or members of their family.

However, Congress targeted Twitter for adopting “double standards” after officials from the National Registered Breeds Commission (NCSC) shared similar photos with the parents of the victims, but no action was taken against them. .

In response to a question about the development, a Twitter spokesperson said the “Twitter Rules” were applied judiciously and impartially to all who served them.

GSLV-F10 does not launch Earth observation satellite into intended orbit

Daily NEWS Summary | 12-08-2021; A technical anomaly that prevented the ignition of the cryogenic upper stage of the GSLV-F10 rocket disappointed the Indian Space Research Organization (ISRO) on Thursday morning, as the national space agency was unable to fulfill the mission of launch of the EOS-03 Earth Observation Satellite at the planned location. orbit.

Although the take-off at the scheduled time of 5:43 am. from the second launch pad of the Satish Dhawan space center in Sriharikota, about 100 km from here, it was successful, the anomaly only materialized after a few minutes.

“The performances of the first and second stages were normal. However, cryogenic ignition of the upper stage did not occur due to a technical anomaly. The mission could not be completed as planned, ”ISRO said in a statement. He did not develop.

EOS-03, originally intended to be placed in geostationary transfer orbit, was supposed to reach final geostationary orbit. Their goal was to provide near-real-time images of a large area of ​​interest at frequent intervals, which could be used for rapid monitoring of natural disasters, episodic events, and any short-term events. The useful life of the satellite mission was 10 years.

Shortly after the 51.70-meter-high GSLV-F10 climbed, a live television broadcast in Doordarshan showed scientists at the Mission Control Center (MCC) impatiently waiting and hoping it would work well.

Launch seemed a routine affair until the second stage of the rocket, about five minutes after lift-off. A sense of suspicion and uncertainty enveloped the MCC as the graph on the screens showed a slight deviation from the rocket’s trajectory.

Minutes later, ISRO officials were seen chatting with ISRO President K. Sivan. After a few rounds of discussion, the Director of Field Operations announced: “A performance anomaly was observed in the cryogenic stage. [The] mission could not be fully accomplished. Union Minister Jitendra Singh said the mission could be rescheduled again.

Daily NEWS Summary | 12-08-2021; The Taliban seized the strategic Afghan town of Ghazni on Thursday, just 150 kilometers (95 miles) from Kabul, their most significant advance in a flash offensive that saw them invade 10 provincial capitals in a week.

The Home Ministry has confirmed the fall of the city, located along the main Kabul-Kandahar highway and serving as a gateway between the capital and militant strongholds in the south.

“The enemy has taken control,” spokesman Mirwais Stanikzai said in a media message, later adding that the city’s governor had been arrested by Afghan security forces. Pro-Taliban Twitter feeds showed video of him being escorted out of Ghazni by Taliban fighters and sent in a convoy, which sparked speculation in the capital that the government was angry with the way the provincial administration capitulated.

When security forces withdrew across the country, Kabul handed a proposal to Taliban negotiators in Qatar offering a power-sharing deal in return for an end to the fighting, according to a member of the government team in Doha who said. asked not to be identified.

A second negotiator, Ghulam Farooq Majroh, said the Taliban had received an offer on a “government of peace” without providing further details.

The authorities in Kabul have indeed lost most of northern and western Afghanistan and find themselves in the hands of a scattered archipelago of disputed towns that are also in danger of falling into the hands of the Taliban.

The conflict has intensified dramatically since May, when US-led forces began the final stage of a troop withdrawal that will end later this month after a 20-year occupation.

The loss of Ghazni is likely to put additional pressure on the country’s already overburdened air force, necessary to bolster the dispersed Afghan security forces, increasingly isolated from road reinforcements.

Pro-Taliban social media accounts also bragged about the huge spoils of war their fighters had collected in recent days, posting photos of armored vehicles, heavy weapons and even a drone seized by insurgents on abandoned Afghan military bases.

In less than a week, insurgents seized 10 provincial capitals and surrounded the largest city in the north, the traditional anti-Taliban stronghold of Mazar-i-Sharif. Fighting also erupted in Kandahar and Lashkar Gar, central pro-Taliban areas to the south, and Herat to the west.

The explosion forced local police to retreat to the governor’s office, while around 40 of their colleagues and a senior commander surrendered to the Taliban. And in Kandahar, the Taliban said they had invaded the heavily fortified prison, claiming that “hundreds of prisoners have been released and brought to safety.”

The Taliban frequently attack prisons to free jailed fighters and restore their ranks. The loss of prison is another worrying sign for the country’s second city, which has been under siege by the Taliban for weeks.

Kandahar was once the stronghold of the Taliban, whose forces united in the province of the same name in the early 1990s, and its capture will serve as a tactical and psychological victory for the militants.

Hundreds of thousands of people have been displaced by the fighting that has ravaged the country. In recent days, Kabul has been inundated with internally displaced people, who have started camping in parks and other public spaces, sparking a new humanitarian crisis in the already overcrowded capital.

In Washington, defense officials appeared to be grappling with the worsening situation, but insisted the Afghan security forces were still holding their place.

Covid Updates: The number of coronavirus cases reported in India was 3,20,773 at the time of publication of this bulletin, with a death toll of 4,29,704. 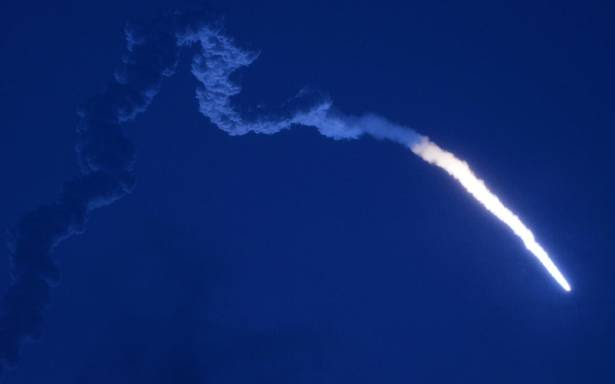