Daily NEWS Summary | 11-08-2021; Ten people were killed, 13 were rescued and several more were said to have been buried in rubble after a landslide blocked a bus and other vehicles in Kinnaur district of Himachal Pradesh.

Ten bodies have been found so far, while 13 injured have been removed from the rubble, Deputy Commissioner Kinnaur Abid Hussain Sadiq said. He said the rescue operation was underway to locate other people trapped under the rubble.

Earlier, a police officer from Bhawanagar said that between 25 and 30 people were trapped under the rubble. The landslide and rock fire occurred around noon in the village of Chaura on national road number five to Nigulsari from Nichar tehsil in Kinnaur district, said disaster management director Sudesh Kumar Mokhta.

Daily NEWS Summary | 11-08-2021; Union Health Minister Mansukh Mandaviya questioned on August 11 the Delhi government’s claim that it had not received any letters from the Center regarding deaths from oxygen shortages during the second wave of Covid-19 and tweeted the communication sent by his ministry on July 26 in this regard.

Sharing a snapshot of the mail sent to the Delhi government on Twitter and addressing Deputy Chief Minister Manish Sisodia, Mandaviya said that it is not too late and that he can send the data before August 13 so that the Health Ministry can respond to Parliament about the theme.

Here is the copy of the letter sent by my ministry to the Delhi government on July 26th. It is not yet too late ! Before August 13, you can send the data so that we can answer the question in Parliament. After checking with your agents, please submit the necessary data as soon as possible, ”Mandaviya tweeted.

Sisodia had alleged on August 10 that the city government had not received any letters from the Center inquiring about deaths from oxygen shortages during the second wave of Covid-19.

The Delhi minister, however, said they had decided to share all details with the central government. “I read in the newspapers that the Center said it has asked state governments to share the number of oxygen-related deaths.

“The Delhi government has not received any letters regarding oxygen related deaths. When you [Center] haven’t written a letter, how can you tell the states aren’t telling you? We had formed an investigation committee, but they did not allow [the investigation] to go through the L-G in Delhi, ”he said.

The central government at a press conference on August 10 said that only one state had so far reported “suspicious” deaths from oxygen shortages during the second wave of Covid-19 after the Center asked them for data on those deaths after the issue rose in parliament.

“When the issue was raised in Parliament, this question was specifically posed to states and, according to reports received, only one state has mentioned presumed deaths and so far no state has said there has been deaths due to oxygen shortages, “said the Under Secretary of State. the Health Union. The Lav Agarwal ministry had said when answering a question.

Opposition parties attacked the government last month for informing parliament that states and Union territories did not specifically report deaths from oxygen shortages during the second wave of Covid-19 .

The Center had recently requested data from EU states and territories on deaths linked to oxygen shortages during the second of Covid-19 earlier this year and the information was to be collected and presented to Parliament before the end of monsoon session, official sources said. .

According to the sources, 13 states and the UT, including Arunachal Pradesh, Assam, Odisha, Uttarakhand, Jammu and Kashmir, Ladakh, Jharkhand, Himachal Pradesh and Punjab have completed the survey before August 10. They said only Punjab reported four “suspected Deaths due to lack of oxygen.

Daily NEWS Summary | 11-08-2021; The microblogging site Twitter reported today to the Delhi High Court on Wednesday August 11, 2021 that it had deleted an offensive tweet posted by the leader of Congress, Rahul Gandhi, sharing a photo of himself with the parents of an alleged rape victim. and a nine-year-old murderer. in the capital.

Twitter further said that Gandhi’s account was also blocked because his August 5 tweet violated his policy. After the presentation of Twitter, a bank of the president of the Supreme Court D.N. Patel and Judge Jyoti Singh released the hearing on the petition requesting that legal action be taken against Gandhi on September 27.

During the short hearing, the judiciary got angry with the lawyer, representing petitioner Makarand Suresh Mhadlekar, who challenged the Twitter lawyer’s presentation to the court. At his request, Mhadlekar, who claims to be a social activist, claimed that Gandhi posted a photo of himself with the victim’s relatives on Twitter on August 5.

This, according to the statement, violated section 74 of the Juvenile Justice Act of 2015 and section 23 (2) of the Protection of Children from Sexual Offenses Act (POCSO) of 2012, both of which require that the identity of a victim child of a crime should not be disclosed.

Daily NEWS Summary | 11-08-2021; A bill to allow the privatization of state general insurance companies received parliamentary approval on Wednesday after Rajya Sabha passed it with a vote amid strong protests and tears of papers from opposition party officials, PTI reported.

The General Insurance Business Amendment (Nationalization) Bill – 2021, passed by voice amid a din within minutes, as Finance Minister Nirmala Sitharaman did not respond to brief points raised by MPs .

The opposition parties TMC and DMK to the left-wing parties opposed the bill and wanted it sent to a select committee, but the motion was rejected by oral vote, prompting shouts of slogans from members of the opposition. that broke into the well. He tore up papers and got dangerously close to the president’s chair.

Rajya Sabha staff fanned out around the president and the table in the house to prevent a repeat of the horrific scenes on Tuesday when some MPs climbed onto the table. On August 2, the Lok Sabha passed the 2021 General Insurance Business Amendment (Nationalization) Bill.

“Is a ‘muhurrat’ required to act? States are frustrating the purpose for which consumer protection laws were made. The Chamber asked the Center to conduct a comprehensive “legislative impact study” on the Consumer Protection Act of 2019. “We want to know the impact of this legislation on litigation,” said Judge Kaul. The court gave the government four weeks to complete the study. When the government complained about the lack of time, Judge Kaul said: “Legislation is made instantly. You rush so much that you can rush on that too … “

The court asked whether governments, both in the Center and in the United States, had deliberately held vacancies to discourage people from filing complaints.

“Don’t you want complaints to be dealt with, for citizens to obtain justice? There is no manpower, there is no infrastructure … People are fed up. You say “let’s do this” or “let’s do this” and then nothing happens. It seems that you only have vacancies and no appointments, ”Judge Kaul criticized the governments.

The legislative intent behind the Consumer Protection Act was to empower ordinary citizens, he noted. “However, the reality on the ground is different. There are few attempts to translate legislative intent into the administrative infrastructure, facilities, staff, members for the functioning of consumer disputes commissions, ”the Bank said. The Center has been slow to appoint the members of the National Commission for a long time. 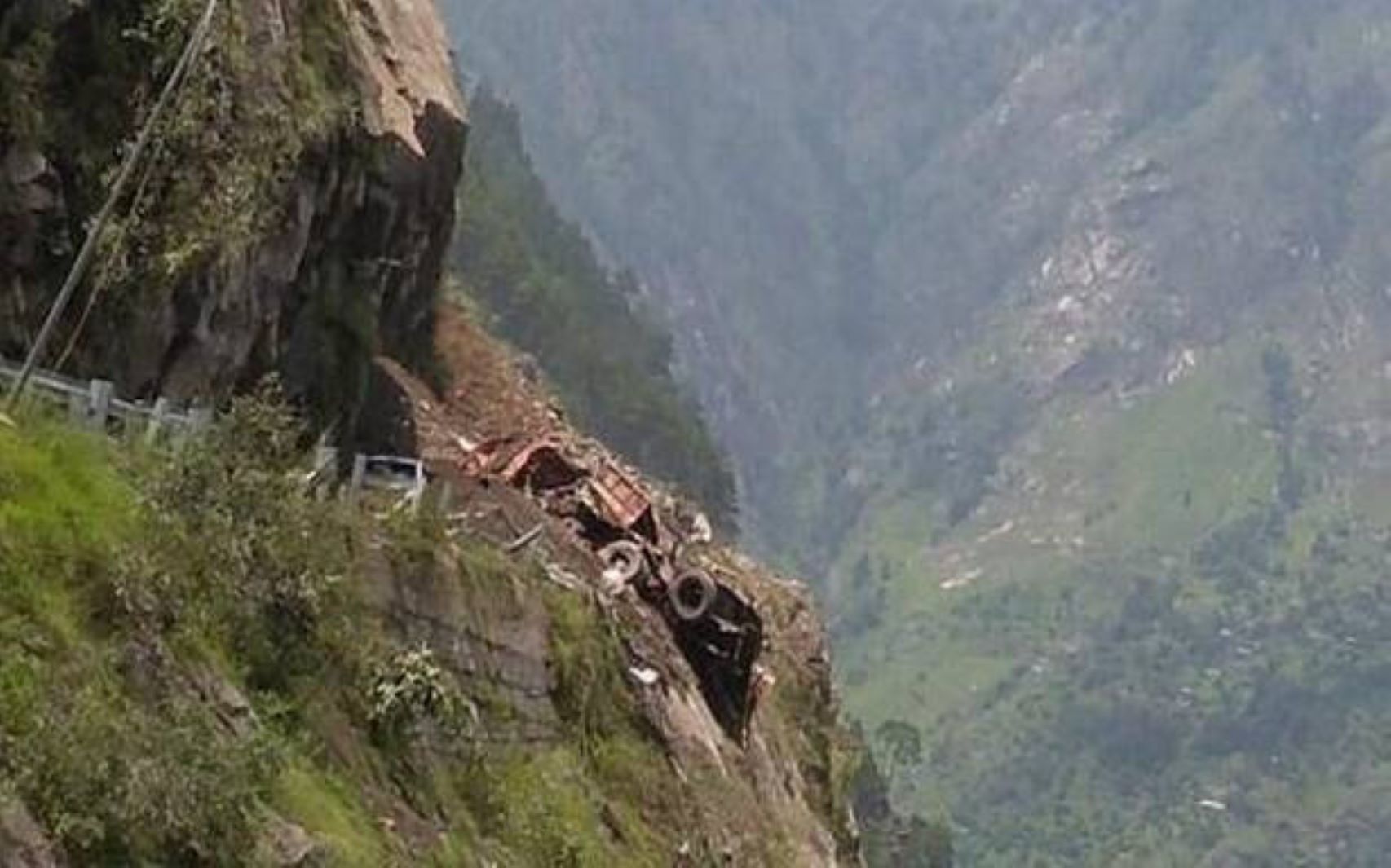