Daily NEWS Summary | 09-08-2021; Earth’s climate is warming so much that temperatures in a decade or so will likely exceed a level of warming that world leaders have tried to prevent, according to a report published on Aug. 9 that the United Nations calls a “code red for The humanity”.

But scientists have also calmed down a bit about the likelihood of the worst weather disasters. The authoritative report from the Intergovernmental Panel on Climate Change (IPCC), which calls climate change clearly man-made and “unequivocal,” makes warmer and more accurate predictions for the 21st century than when it was last published in 2013.

Each of the five scenarios for the future, based on reducing carbon emissions, exceeds the stricter of the two thresholds set in the 2015 Paris climate agreement. World leaders then agreed to try to limit warming at 1.5 ° C since the end of the 19th century because problems worsen rapidly thereafter. The limit is only a few tenths of a degree warmer than it is today because the world has already warmed by almost 1.1 ° C over the last century and a half.

In each scenario, according to the report, the world will cross the 1.5 ° C warming mark in the 2030s, earlier than some past predictions. Warming has accelerated in recent years, the data shows.

In three scenarios, the world is also likely to exceed 2 ° C since pre-industrial times, the other less stringent Paris target, with much worse heat waves, droughts and torrential rains “unless the large reductions are not curtailed. of carbon dioxide and other greenhouse gases ” emissions will occur in the coming decades, ”says the report.

The more than 3,000-page report by 234 scientists said warming is already accelerating sea level rise, shrinking ice and worsening extremes like heat waves, droughts, floods and storms. Tropical cyclones get stronger and wetter as Arctic sea ice decreases in summer and permafrost melts. All of these trends will worsen, according to the report.

For example, the kind of heat wave that only happened once every 50 years now happens once every decade, and if the world warms another degree Celsius, it will happen twice every seven years, according to the report.

As the planet warms, places will be more affected not only by extreme weather conditions, but also by multiple weather disasters happening simultaneously, according to the report. It’s like what’s happening now in the western United States, where heat waves, drought and wildfires add to the damage.

Some of the damage caused by climate change – shrinking polar caps, rising sea levels, and changes in the oceans as they lose oxygen and become more acidic – are “irreversible for centuries or even longer Millennia” , according to the report.

The report describes five different future scenarios based on the reduction of global carbon emissions. They are: a future with incredibly large and rapid pollution reductions; another with intense but not so massive pollution reductions; a scenario with moderate emissions; a fourth scenario in which current plans to slightly reduce pollution continue; and a fifth possible future that implies a continuous increase in carbon pollution.

In five previous reports, the world was on the last hottest road, often dubbed “business as usual”. But this time the world is somewhere between the moderate emissions path and the scenario of small pollution reductions thanks to progress in curbing climate change, said report co-author Claudia Tebaldi, Northwest National scientist Laboratory.

Although he calls the report a “code red for humanity,” UN Secretary-General Antonio Guterres has maintained some hope that world leaders could still somehow prevent a warming of 1.5 °, which, according to him, is “dangerously close”.

Daily NEWS Summary | 09-08-2021; The Supreme Court said on Monday there was no news in the CBI’s “sealed cover” report on the motive for the murder of Jharkhand District Judge Uttam Anand, whose death saw the Chief Justice of India (CJI) NV Ramana expressing concern about the increase in attacks on the judges and the total contempt of the central organisms and state police for these criminal acts that threaten the independence of the judiciary.

“You filed a report under seal. He says “we’ve been there”, “we’ve been here”, etc. But your people didn’t state the motive… We wanted something concrete, ”CJI said, expressing the court’s displeasure to Attorney General Tushar Mehta, appearing for the CBI.

Mehta said two people were arrested in this case. “They are being questioned (…) they cannot reveal anything for the moment”, he declared.

In the previous hearing, the CJI lashed out at central agencies such as the CBI, the intelligence office and state police forces for ignoring judges’ complaints about abusive messages and threats, even as attacks on the justice system are on the increase.

The court, which has heard from the growing number of attacks against judicial officials and even High Court judges, suggested the formation of a special force to protect judges, especially lower court judges. who adjudicate criminal cases involving high-profile defendants.

Daily NEWS Summary | 09-08-2021; On Monday, the government pushed six bills, including three passed, in Lok Sabha despite relentless opposition protests against the Pegasus spy line and other issues, prompting Congress to attack members of the Treasury for “violation” of constitutional and democratic standards. .

However, Lok Sabha also witnessed a few rare moments when members of the opposition withdrew their protests, which have continued since the start of the monsoon session, and returned to their seats when the bill was brought down. been adopted. Constitution (Hundred and Twenty-Seven and Seventh Amendment) of 2021 to restore The right of states to identify other backward classes (OBCs) was introduced.

Members of Congress, the DMK and BSP, among others, backed the bill even as they criticized the government for the way it has advanced its legislative agenda amid disruption and turmoil.

The House must be in order when passing a constitutional amendment bill, as it requires a mandatory division of votes, and no party will like it if they oppose a bill that seeks to protect the interests of OBCs. However, all other bills were introduced and passed amid loud protests from opposition members.

Lok Sabha’s proceedings have been repeatedly halted following outcry from the opposition, but amid protests, the government also introduced two other bills: the National Commission for L Homeopathy (Amendment) and Law of the National Medical System Commission of India (Amendment) , 2021.

Daily NEWS Summary | 09-08-2021; The Defense Ministry (MoD) informed parliament on Monday that it had not made any dealings with NSO Group Technologies, the Israeli company that developed the Pegasus spyware, in the first timely reference to the company by the government since the start of the controversy. The government’s response so far has avoided mentioning the company.

“The Defense Ministry has not had any dealings with NSO Group Technologies,” State Defense Minister Ajay Bhatt said in a written response to Rajya Sabha to a question from V. Sivadasan of CPI (M). However, the answer is specific to the Ministry of Defense and does not exclude other ministries or agencies that may have collaborated with the company.

Pegasus has been used to spy on civilians, journalists, ministers, parliamentarians and activists around the world, including India, according to reports from a consortium of 17 international media organizations based on an investigation by the nonprofit media organization. based in Paris, Forbidden Stories and Amnesty International on a leaked list of more than 50,000 phone numbers allegedly attacked through Pegasus or liable to be spied on.

In India, more than 300 mobile phone numbers, including that of two sitting ministers, three opposition leaders, a sitting judge, journalists and activists, among others, have been attacked by Pegasus, according to reports.

Currently, the Supreme Court is hearing a petition on the case from high-level journalists and the Publishers Guild of India, among others. Last week, the court noted that allegations that the government used Pegasus to snoop on citizens, if true, were “undoubtedly serious” and noted that “the truth must come to light.”

The United Nations High Commissioner for Human Rights, Michelle Bachelet, has qualified the revelations of “extremely alarming” and has called on governments to immediately cease their own use of technologies of surveillance in a manner that violates the rights of man.

Daily NEWS Summary | 09-08-2021; The Indian Medical Association (IMA) has asked the National Medical Commission (NMC) to withdraw the Graduate Medical Education Regulation Bill of 2021, which notes that there will be a common guide for ‘admission to all institutions of medical education for all graduate students’ -Specialty course (Diploma / MD / MS) based on the list of merits of the National Exit Test.

Calling the decision “anti-student and anti-patient care,” he said Monday that the NMC should withdraw the decision and enter into a dialogue with stakeholders to understand the reality on the ground and correct the situation to ensure standards and uniforms. educational.

The Association also demanded that the existing system of admission and selection criteria continue for PG seats as state medical schools are staffed and run by state government budgets and when even 50% of seats are not available. reserved for the respective states. , the maintenance and operation of the institution will lose its charm and priority.

To date, admission to the general specialization course after graduation is through NEET PG and 50% of admission is through the entire India quota and the remaining 50% has been admitted by state governments. in accordance with social justice standards with ratings of NEET PG by the state Department of Medical Education.

But now the draft regulation says that there will be a common guide for admission in all medical education institutions to all major specialty postgraduate courses (diploma / MD / MS) according to the merit list of the National Exit Test and all specialty courses (DM / MCh) based on the National Eligibility and Entry Test Merit List.

“As India is a federal state, leaving the role of the states in medical education will be disastrous. The Association requires that the existing admission system and selection criteria for PG seats be maintained, as state medical schools are staffed and run by state government budgets and yet 50% of the seats are reserved for the state in question, the maintenance and operation of the institution will lose its charm and priority, ” the statement said.

In addition, this notification indicates that when a student takes their exam, the marks they obtain will be valid for three years and they will not be able to take the exam again until after three years. “It is a great injustice to the students. As it proposed taking the NEXT exams in 2023, the NMC is expected to develop the exam model and type after broader democratic consultation with the student body, faculty, states, and the IMA of the larger professional body.

The press release indicates that the Association welcomes the district residence in principle. “However, doing it for a period of three months will cause overcrowding and affect work in the departments of medical schools.”

The Association asked the NMC to withdraw this anti-federal, anti-student and anti-democratic bill and try to engage in dialogue with stakeholders to understand the reality on the ground.

Foreign citizens residing in India can register on the CoWin portal to receive Covid-19 vaccines. The health ministry said on Monday that foreigners can use their passports as identification to check in. 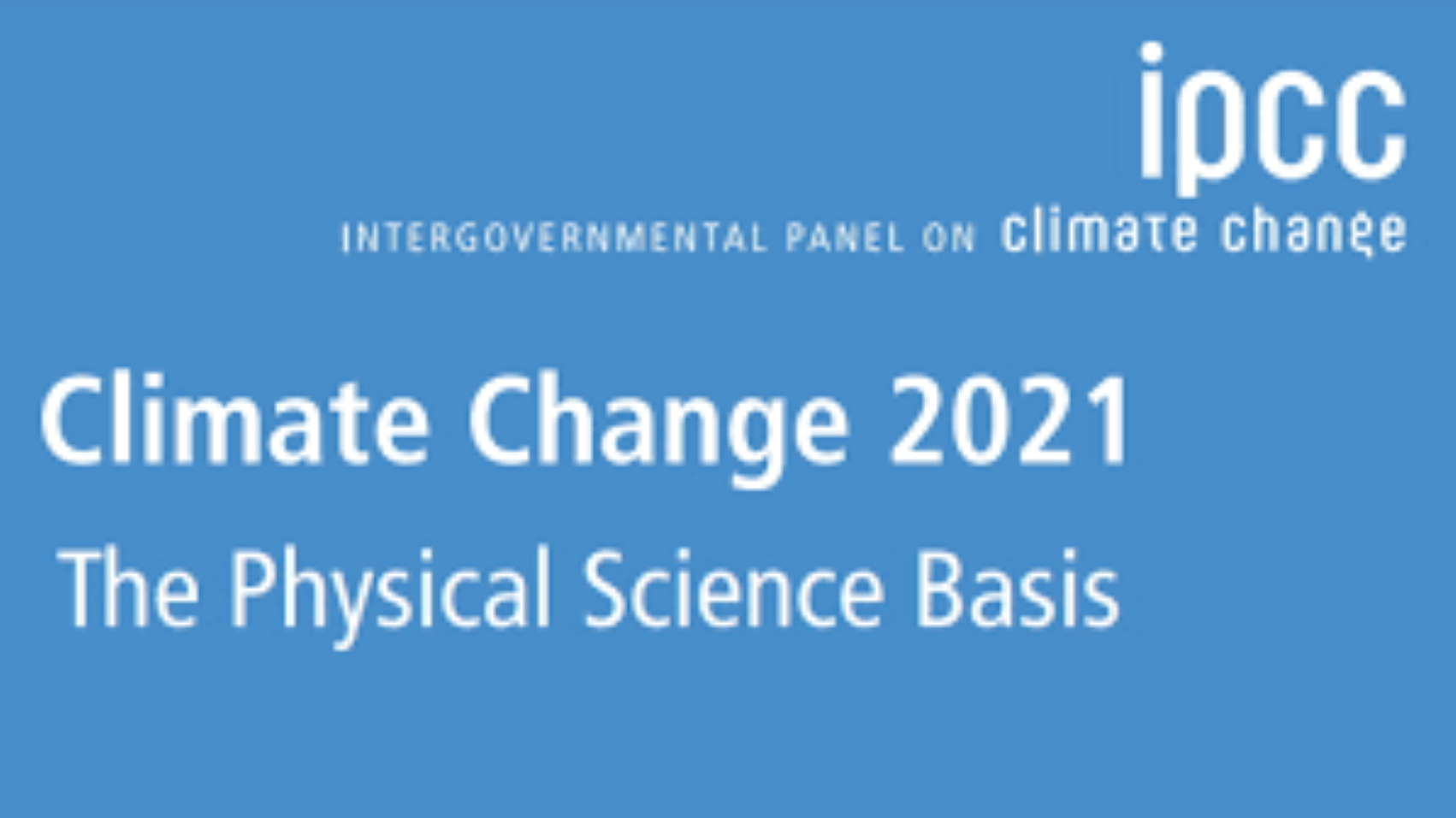