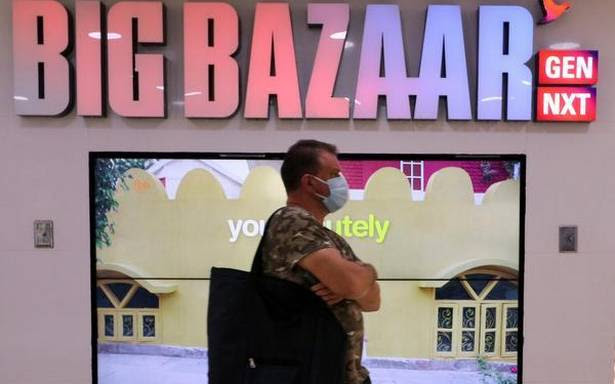 A tribunal of Judges Rohinton F. Nariman and BR Gavai confirmed the validity and enforceability of an emergency arbitration (EA) award based in Singapore, which prohibited Future Retail Limited from pursuing its agreement with Reliance Retail, under the laws of the India.

With this, the tribunal made it clear that EA’s decision could be accepted and enforced as a provisional award by an arbitral tribunal in accordance with article 17 of the Arbitration and Conciliation Law.

Future Retail’s senior attorney Harish Salve had said that EA’s price had no place in Indian law. Lead counsel argued that Singapore’s EA award could not be enforced under section 17 of the Arbitration Act.

Arbitration awards are enforced under the Code of Civil Procedure and not under arbitration law, he argued. Amazon, in turn, argued that Future Group is subject to EA’s pricing. Furthermore, the court upheld an order from the Delhi High Court to the Future Group to maintain the “status quo” in the sale of its retail assets to Reliance Industries.

The Supreme Court ruled in Amazon’s favor and ruled that the company could seek interim relief from the Singaporean arbitration tribunal that prevented Future Retail from proceeding with its $ 3.4 billion sale to Reliance.

Amazon approached the Supreme Court after a bank in the Supreme Court division on February 8 overturned the sole judge’s order. The Bench Division’s decision was based on an appeal filed by Future Retail Limited.

Amazon had urged the highest court to protect its interests and rights because the “balance of disadvantages” was in its favor. Respondents [Future Group] have unequivocally stated that they will continue to take steps to complete the transaction. The more progress is made towards the completion of the transaction, the more difficult it will be to relax, ”Amazon argued before the supreme court.

Daily NEWS Summary | 06-08-2021; Narendra Modi’s government rejected a question posed by CPI MP Binoy Viswam seeking details of a possible memorandum of understanding between the government and the Israeli cybersecurity firm NSO Group to deal with terrorist activity, citing that the case is pending.

Reports from Project Pegasus, an international consortium of media organizations, including India’s news portal The Wire, revealed that the phones of politicians, journalists, activists and Supreme Court officials, among others, were infected with the software. This is military grade software that NSO Group sells only to governments. So far, the government has neither denied nor confirmed the purchase of the pirated software.

In detailing the questions he asked, Viswam said: “I had asked the Ministry of Foreign Affairs three questions: the number of memorandums of understanding that the government has signed with foreign companies, details by sector; (b) if any of these memorandums of understanding with foreign companies were intended to curb terrorist activity through cybersecurity, details thereof; and (c) if the government has entered into a memorandum of understanding with the NSO group to combat terrorist activities through cyber security across the country, if applicable, please provide details. 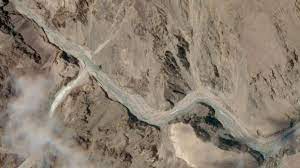 India and China withdraw from Gogra region in eastern Ladakh

Daily NEWS Summary | 06-08-2021; India and China have embarked on their withdrawal from the Gogra region of eastern Ladakh following an agreement during the twelfth round of talks with the corps commander, the army said on Friday.

This is the second friction zone from which a disconnect was made after Pangong Tso (lake) in February as part of withdrawal and de-escalation efforts along the Royal Line of Control (LAC) in eastern Ladakh.

“In accordance with the agreement, the two parties have ceased advanced deployments in this area in a gradual, coordinated and verified manner. The disengagement process took place over two days, on August 4 and 5. The troops from both camps are now at their respective permanent bases, ”the army said in a statement.

All temporary structures and other allied infrastructure created in the region by both sides have been dismantled and mutually verified, he said. “The relief in the area was restored on both sides in the period leading up to the confrontation.”

This agreement ensures that the LAC in this area will be strictly observed and respected by both parties, and that there has been no unilateral change of the status quo, he stressed.

With this development, future conversations would focus on disconnecting at PP15 in Hot Springs, according to a defense official. Some progress has been made, but some problems remain, he noted.

Daily NEWS Summary | 06-08-2021; The Supreme Court said on Friday that central agencies such as the CBI and the Bureau of Intelligence and state police forces have chosen to ignore complaints from judges about abusive messages and threats, even as the attacks against justice were increasing.

Attorney General K.K. Venugopal, who was invited to appear in court, recounted the incident of a magistrate who was threatened on the eve of bringing an action against gangsters. “Her daughter’s life was in danger. So when given the choice between her daughter’s life and justice, she postponed the case… Judges as a class are more vulnerable, let’s say, than bureaucrats, ”the top official said. law enforcement.

The court asked whether Jharkhand had “washed his hands” of responsibility in the investigation into the murder of Jharkhand judge Uttam Anand by transferring the case to the CBI.

The court said the judge’s death was the result of the Jharkhand government’s “negligence” in protecting its judges. CJI said the state government chose to ignore threats against judges like Anand, who worked in Dhanbad district, where the powerful coal mafia reigns.

The court scoffed at Jharkhand’s claim that he had built perimeter walls around settlements of judges. “And do you think the perimeter walls will keep the hardened criminals out?” Judge Surya Kant asked Jharkhand Attorney General Rajiv Ranjan.

Venugopal said frequent attacks on judges, including High Court judges, have highlighted the need for a special body to be formed to protect the judiciary and determine the danger to it.

The CJI said that judges who act in courts are not protected against antisocial elements that enter court complexes and resort to violence and threats.

Runner-up Bajrang, who injured his right knee during Ali Aliyev’s memorial tournament in Russia in June, fought smartly to beat Kyrgyzstan Ernazar Akmataliev 3-3 (via criteria) and Iranian Morteza Ghiasi “in the fall” to access the semi-finals. .

In the quarterfinals, Bajrang lost to bronze medalist at the Rio Olympics and three-time world champion Haji Aliyev of Azerbaijan 12-5 to reach the qualifiers.

Bajrang opened his account with a passive point to Aliyev in the semifinals, but gave up four points when the Azerbaijani attacked his legs for two tackles.

Bajrang came out of his shell to close the gap, but Aliyev responded and used the double-legged spins to score four major points. Bajrang’s strikeouts reduced the margin to 5-9. However, Aliyev fought intelligently to bring the score to 11-5. Bajrang’s desperate video benchmark challenge was wasted.

Meanwhile, a cheeky Seema Bisla lost to Tunisian Sarra Hamdi 3-1 in the first round of the women’s 50 kg. Sarra’s 10-0 loss to multiple Olympic medalist Mariya Stadnik in the quarter-finals ended Seema’s hopes of making the play-offs.

In the 4x400m relay quartet, the Indian team broke the Asian record with an effort of 3:00:25 in the Olympic qualifying race, but failed to advance to the final round of a mustache here on Friday.

India missed the eight-team final by finishing ninth overall. The first three of each of the two rounds and the next two fastest qualify for the final. The previous Asian record was held by Qatar, who posted a time of 3: 00.56 while winning gold at the 2018 Asian Games.

The Tamil Nadu government plans to resume physical classes for students in grades IX, X, XI and XII from September 1 with 50% of class size, according to standard operating procedure. Schools remained closed due to containment related to Covid-19. In a statement Friday, Chief Minister M.K. Stalin said during a discussion with medical experts that he had “unanimously” expressed his opinion on the reopening of schools. 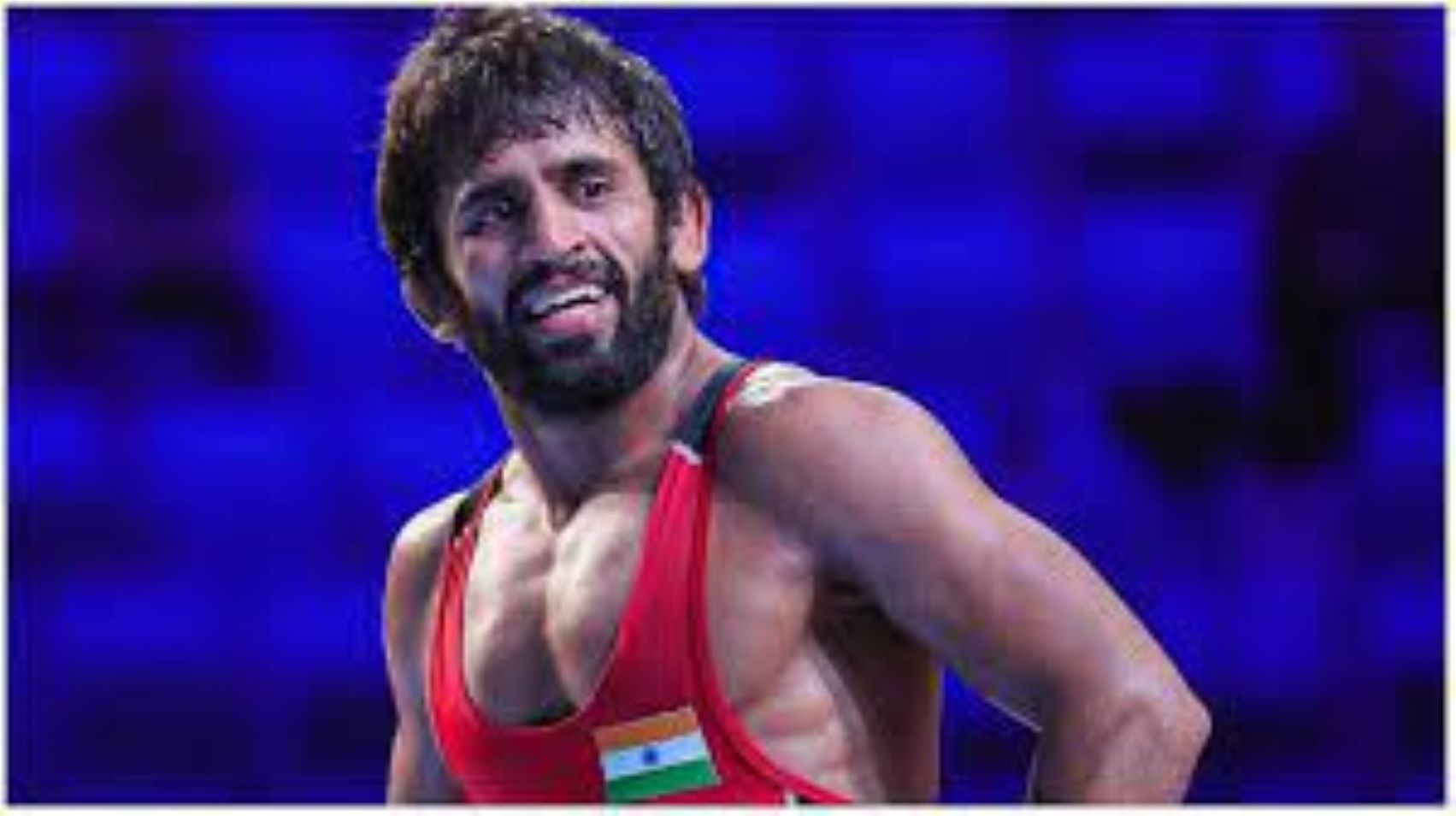