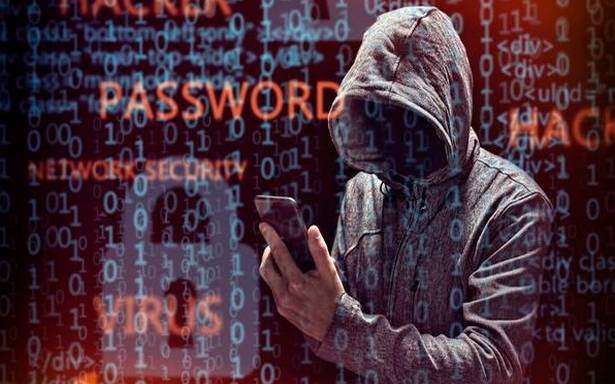 The truth must come out on the Pegasus issue – Supreme Court

Daily NEWS Summary | 05-08-2021: On Thursday, the Supreme Court made it clear that “the truth must come out” in the Pegasus snoopers case. A bench of Chief Justice of India (CJI) NV Ramana and Judge Surya Kant said that allegations that the government used Israeli technology to spy on civilians, journalists, ministers, parliamentarians and activists were serious.

The Court ordered the applicants, including veteran journalists N. Ram, the Editors Guild of India, John Brittas, a member of Rajya Sabha, and five journalists allegedly targeted by the Pegasus spyware, to turn over copies of your requests to the offices of the Attorney General of India and the Attorney General. Former Union Minister Yashwant Sinha, represented by senior advocate Manish Tiwari, also filed a petition.

Listing the case for August 10, the bench said it wanted the government to be represented in court at the next hearing. “Someone should run for government,” Chief Justice Ramana observed.

The court did not send a formal notification to the government. Part of the court’s reluctance was sparked by a petition from lawyer Manohar Lal Sharma in which he prosecuted people as defendants. Sharma named Prime Minister Narendra Modi and Home Minister Amit Shah as personal parties to his petition.

CJI said some of the petitioners have extended the scope of their allegations beyond Pegasus to other issues, including a challenge to interceptions permitted under the Telegraph Act.

The hearing began with an avalanche of questions from the Bench. On the one hand, the Chief Justice of the Supreme Court stressed that the “majority” of the requests were based on information from foreign newspapers. The court asked if there was any other “verifiable evidence” on the basis of which it could order an investigation into Pegasus’ allegations.

We are not saying the requests are based on hearsay and we cannot say that there are no materials, but with your access to international materials and resources, shouldn’t you have done more of effort? ”Chief Justice Ramana asked the petitioners.

Second, he said questions about surveillance were raised over two years ago. “Why did you come here all of a sudden? What have you been doing for two years? “

Third, the court asked why the “targets” did not initiate criminal proceedings. “If you knew your phone was hacked, why didn’t you file a criminal complaint? I ask.

Responding to the first question on the need for “verifiable material other than articles from foreign newspapers” to order an investigation, Senior Advocate Kapil Sibal, who appeared on behalf of Ram and Senior Journalist Sashi Kumar, said a California court had recorded that the Pegasus spyware was “sold only to government agencies.”

The US court had rejected a request for “sovereign immunity” from the NSO group, the creators of the Pegasus spyware. Ram’s petition made it clear that the US court had before it a complaint filed by WhatsApp against the NSO group “for attacking the mobile phones of around 1,400 users with malware.”

But Sibal said there was no dispute anyway that Pegasus was targeting Indian phone users. The minister made a statement to Lok Sabha in July, noting Pegasus’ surveillance of Indian users.

Regarding the second question on why the petitioners went to court in 2021 and not in 2019, when the unauthorized surveillance reports were first released, Brittas’ lead lawyer Meenakshi Arora said said the issue was raised in November 2019. “The minister then responded that there had been no unauthorized interception,” Arora said.

Senior Counsel C.U. Singh of the Editors Guild said the names of the targets were not known until July 2021. Regarding the third question of why the “targets” did not go to court individually, Senior Counsel Shyam Divan said that it was not an individual case of surveillance. “The dimension of this surveillance is enormous. This is an issue that requires the formation of an independent investigative body at the highest level, ”he said.

Lead attorney Arvind Datar, of the five reporters, agreed that the enormity of the allegations and the number of people attacked warranted the court to consider this case a “class action.” 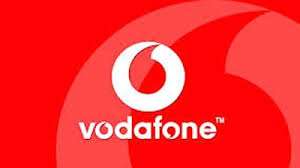 Daily NEWS Summary | 05-08-2021; On Thursday, the government took the first step to remove the controversial 2012 retrospective tax law, which was used to increase significant tax requirements for foreign investors such as Vodafone and Cairn and resulted in a court order freezing Indian assets abroad.

On Thursday, the Minister of Finance and Business Affairs, Nirmala Sitharaman, introduced the Tax Laws Bill (Amendment) to the Lok Sabha to cancel the relevant retroactive tax clauses introduced in 2012 to subject the indirect transfer of Indian assets in the countryside of taxation.

Based on the proposed changes, any tax requests made on transactions that took place before May 2012 will be dropped and all taxes already collected, but without interest, will be refunded. To be eligible, affected taxpayers would have to drop all pending lawsuits against the government and agree not to make any claims for damages or costs.

Experts hailed the move because it will end the political uncertainty for potential investors that have seen the Vodafone and Cairn cases unfold over the past decade.

Former Finance Minister the late Pranab Mukherjee introduced the power to tax retroactively after the Supreme Court ruled that Vodafone could not be taxed for a 2007 transaction involving the purchase of a 67% stake in Hutchison Whampoa for $ 11 billion. The tax was later invoked against Cairn for a corporate reorganization carried out in 2006-07 and its assets were frozen by the authorities.

The NDA, which was in opposition at the time, called it “tax terrorism” and the late Finance Minister Arun Jaitley promised to stop retrospective tax collection. However, so far nothing has been done to repeal the law during his seven-year tenure. The latest revision could have been triggered by Cairn Energy obtaining an order to freeze Indian assets in Paris last month.

Separate verdicts from international arbitration tribunals in the Vodafone and Cairn cases have ruled against India’s retrospective tax claims over the past year. While the government had previously said it would respect legal process, it appealed both verdicts.

Cairn Energy, which received $ 1.2 billion from an international court, has filed lawsuits in at least ten global jurisdictions, including the United States, the United Kingdom, Canada and Japan to seize the assets of India in lieu of the award because the government failed to comply with the judicial decision.

After Cairn filed a lawsuit in a US court against Air India in May, seeking to hold the national airline liable for the payment of damages awarded to it, the Finance Department said it was “vigorously defending “his case against the international arbitration order and claimed that India had never” agreed to arbitrate “a domestic tax dispute. In early July, a French court authorized Cairn to freeze at least 20 Indian properties in Paris worth $ 23 million.

Daily NEWS Summary | 05-08-2021; Thousands of Non-Resident Indians (NRIs), especially from Kerala, are looking forward to returning to their jobs and reuniting with their families, as the United Arab Emirates (UAE) has allowed entry of expatriates with valid residence visas who took both doses of the approved Vaccine for COVID-19.

However, they would have to overcome several obstacles to return to the UAE. Many of them now have to renew their visas because expatriate residents residing abroad for more than six months without interruption will have their residence visa automatically cancelled. This means that they would have to apply for a new entry permit to re-enter the West Asian country.

Stranded employees must obtain approval letters from their employer or sponsor, which must be sent to the airport’s immigration counter.

Stranded employees should obtain letters of approval from their employer or sponsor, which must be presented to the immigration counter at the airport. Likewise, entry permits would be applicable for family visits and even for transporting passengers from India.

By the way, the new relaxation of the rules does not allow expats to re-enter the UAE, even if they are within the 30-day grace period after their visa expires. As such, your employer or sponsor, including your spouse and parents, will need to cancel your existing visa and apply for a new entry permit.

Daily NEWS Summary | 05-08-2021; India ended a 41-year wait for an Olympic medal in hockey today, beating Germany 5-4 with a lionhearted performance to claim the bronze medal.

The victory showcased the determination and endless energy of this team and described all of the hard work done during lone training for over a year in Bangalore.

As coach Graham Reid said, “Pay attention to this space, we have a lot more to doIt is India’s 12th men’s Olympic medal in hockey, the highest in the history of the Games, but the first after the gold medal in Moscow 1980. In addition, the Indian women’s team will play for bronze against Great Britain on Friday.

Meanwhile, Indian wrestler Ravi Dahiya (57 kg) won the silver medal at the Olympics after losing 4-7 in the final to Zavur Uguev of the Russian Olympic Committee.

Despite a cautious start, Uguev derailed and doubled his lead in seconds. Ravi could have tied the score at 2-2, but Uguev, showing his immense power, again took the lead when the Indian fighter fell 4-2 after the end of the first period.

Uguev came in to shoot at full speed and increased his lead even further, as he gave Ravi no chance to dominate the game. At one point, Uguev was leading the game 7-2 when Ravi gained two more points to get closer to his opponent.

Covid Updates: The number of coronavirus cases reported in India stood at 3,187,753 at the time of publication of this bulletin, with a death toll of 4,26,468. 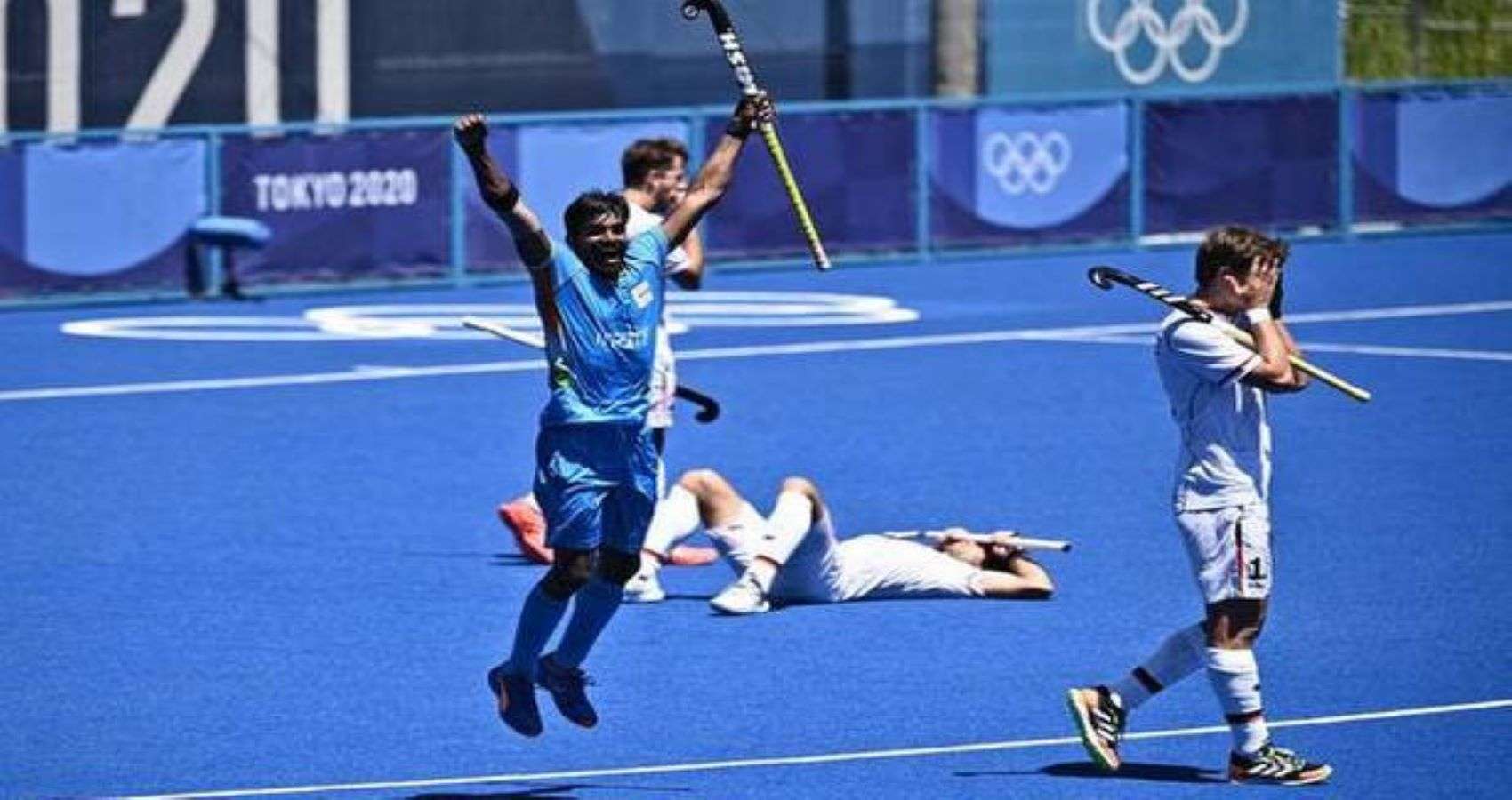