As since the beginning of the monsoon, TMC shouting slogans and other opposition MPs gathered in the chamber, some with posters, to demand a discussion on the issue of the manufacture of Pegasus spyware. Israeli and military grade to be used spy on opposition leaders, government critics and journalists.

Naidu objected to the signs, which carried anti-government slogans, before postponing House proceedings until 2 p.m. He first asked members to return to their seats, then threatened to invoke rule 255 against those carrying placards.

As the members refused to budge, he ordered those “who disobey the president and hold placards to leave the House under rule 255.” However, he did not name anyone and said that Rajya Sabha’s secretariat would give the list.

These “members of the Rajya Sabha who entered the chamber with well-placed placards disobeying the president and whose conduct was seriously disorderly in the chamber this morning (August 4, 2021) were ordered to immediately withdraw from the Council under article 255 by part of the president, he said.

The six MPs, “will be absent for the remainder of the day’s meeting.” Earlier, shortly after new member Jawhar Sircar took office and official documents were presented at the House table,

Naidu said he did not accept the advice given under Rule 267 by Ramgopal Yadav and Vishambhar Prasad Nishad of the Samajwadi Party and V. Sivadasan of the CPI (M) regarding the agitation of farmers for three agricultural laws, the discussion of the issue was allowed under a different rule. I have been there. It is an ongoing but important issue. Therefore, it is allowed for discussion under another provision, he said.

The notice under rule 267 requests that the business day be set aside to begin a discussion on the issue raised. Naidu, however, rejected 267 views of Sukhendu Sekhar Roy (TMC), Mallikarjun Kharge, and K.C. Venugopal (both in Congress), Elamaram Kareem from CPI (M) and V. Sivadasan and Binoy Viswam from CPI on the Peagus issue.

Over 6.07 lakh of cybersecurity incidents observed as of June 2021 – Government

Daily NEWS Summary | 04-08-2021; India’s Computer Emergency Response Team (CERT-In) observed more than 6.07 lakh of cybersecurity incidents in the first six months of 2021, of which around 12,000 incidents were related to official government organizations, the government reported in Lok Sabha.

The data was shared by the Minister of State for Electronics and Informatics, Rajeev Chandrasekhar, in a written response to Lok Sabha.

From time to time there have been attempts to launch cyber attacks in Indian cyberspace. Attackers have been observed to compromise computer systems located in different parts of the world and use masking techniques and stealth servers to hide the identity of the actual systems from which attacks are launched, said Chandrasekhar.

He added that according to the logs analyzed and made available to CERT-In, the IP addresses of the computers from which the attacks appear to come from various countries, including Algeria, Brazil, Canada, China, France, Germany, Hong Kong, Indonesia.

The Supreme Court will also hear separate motions filed by Rajya Sabha member John Brittas and Supreme Court attorney ML Sharma on the same subject, in which other claims have been made, including one from the Publishers Guild of India. for an independent investigation into the Pegasus allegations and another of five journalists who were under surveillance.

Ram and Kumar, in their petition, said mass surveillance using military-grade spyware violates several basic rights and appears to represent an attempt to infiltrate, attack and destabilize independent institutions that act as essential pillars of our democratic fabric.

They have asked the government for full disclosure on whether it authorized espionage, which appears to be an attempt to muzzle free speech and curb dissent. The government, according to the petition, had not yet given a direct answer on whether the illegal hacking was carried out with its blessings.

Journalists argued that espionage seriously undermined the rights to freedom of expression and privacy. It has no legal basis. In fact, the legal regime of surveillance under section 5 (2) of the Telegraph Act appears to have been completely ignored and civilians have become targets.

Daily NEWS Summary | 04-08-2021; Ravi Dahiya became the second Indian fighter to qualify for the gold medal clash at Wednesday’s Olympics when he made a sensational turnaround in the 57kg semifinals by beating Kazakh Nurislam Sanayev.

The fourth-seeded Indian was leading 2-9 when Sanayev made a few fitley moves to gain the advantage, but when the clock struck Dahiya regrouped and grabbed his opponent with a two-legged attack.

Prior to that, Sushil Kumar was the only Indian to qualify for the gold medal fight at the 2012 London Games and settle for a silver medal. Dahiya, 23, had won his two previous bouts in technical superiority en route to the final. Dahiya beat Colombian Tigreros Urbano (13-2) in his first match and then Bulgarian Georgi Valentinov Vangelov (14-4).

Meanwhile, Deepak Punia will fight for the bronze medal after being overtaken by the formidable American David Morris Taylor in the semi-final of the 86 kg. It was always going to be a Herculean task for Deepak to upset the American, the 2018 world champion and the reigning Pan American champion. It was hardly a competition, as Taylor made movement after movement to win for his technical superiority in the first period.

In boxing, Lovlina Borgohain won India’s third medal, a bronze, at the Tokyo Olympics after losing to Turkish world champion Busenaz Surmeneli in their 69kg fight in the semifinals on Wednesday. She became the second Indian boxer and third overall, after Vijender Singh (bronze in 2008) and Mary Kom (bronze in 2012) to stand on the podium. However, the 23-year-old was not happy with the result.

Lovlina was outbid over Surmeneli, who won the fight by unanimous decision. Surmeneli led the fight from the start, landing crisp, powerful and precise combinations on Lovlina’s head to gain an early advantage.

In hockey, the Indian women’s team had a difficult performance, but it was not enough to secure a first place in the Olympic final, as they lost 1-2 to world number 2 Argentina in a very close semi-final. India still has a chance to win the bronze medal when they face Great Britain on Friday in the tiebreaker for third and fourth place.

Daily NEWS Summary | 04-08-2021; US President Joe Biden said on August 3 that Andrew Cuomo, the Democratic governor of New York, should resign from office on allegations that he sexually harassed 11 women. The appeal came after the New York attorney general’s office released a detailed summary of his investigation into the charges.

Investigators found that Cuomo had “engaged in behavior that constitutes sexual harassment under New York State law,” according to New York State Attorney General Letitia James. Speaking to reporters in Washington, Biden said: “I think he should resign.”

New York State Attorney General James said the report was based in part on nearly five months of interviews that two independent attorneys conducted with about 179 people: Cuomo staff, government police officers, additional government employees and others who interacted with the governor on a regular basis. . .

The Rajya Sabha on Wednesday passed the Limited Liability Company (Amendment) Bill, which aims to encourage the startup ecosystem and further improve the ease of doing business, amid opposition protest over the Pegasus spy line and other problems. The bill, which was approved after a short debate, aims to decriminalize 12 violations of the law and improve the ease of doing business by amending the Limited Liability Company (LLP) Act of 2008. 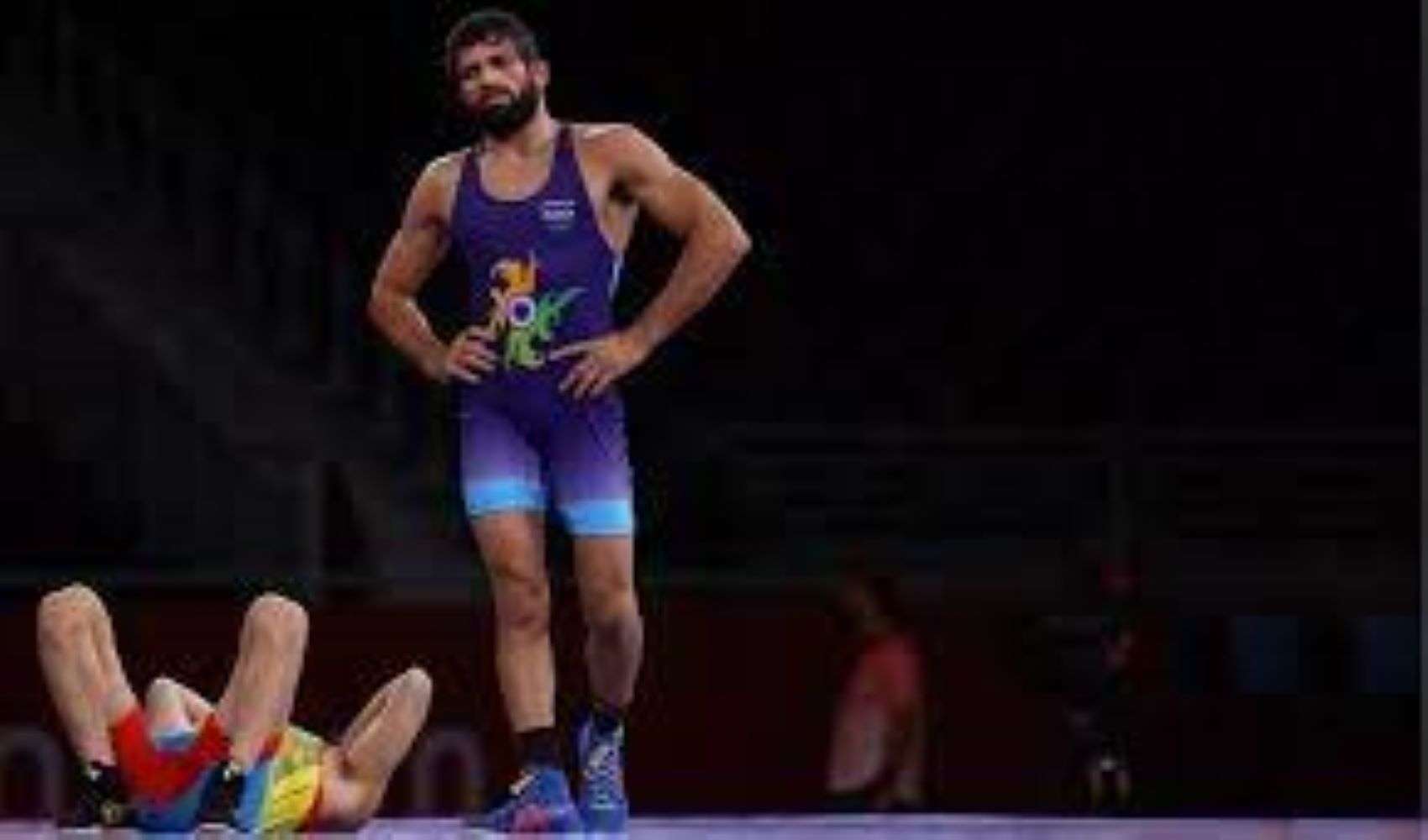