Daily NEWS Summary | 03-08-2021; The Editors Guild of India asked the Supreme Court to request a Special Investigation Team (SIT) investigation into the Union government’s role in the Pegasus spy line. They said the “indiscriminate use” of high-end surveillance technology against journalists destroys free speech and “poisons the heart of democracy.”

The Guild noted that freedom of the press is a hard-won right that is essential to democracy. “Press freedom is based on the non-interference of the government and its agencies in reporting on journalists, including their ability to speak safely and confidentially with sources, investigate abuses of power and corruption, denounce the incompetence of the government and talk to those in the opposition, ”says the petition, presented through lawyer Lzafeer Ahamed BF.

A bench headed by Chief Justice NV Ramana of India is due to hear petitions from the ranks of Pegasus on August 5. On Tuesday, the Guild said a court-supervised investigation should examine “all aspects of the government’s use of Pegasus against Indian citizens, especially journalists.”

Questions and attempts to get the truth from the government are at an impasse. In fact, the government had “blocked” efforts to hold them to account, according to the petition.

The government had “deliberately avoided” public debate on the issue. He had provided only “puzzling answers” to direct questions about his alleged role in espionage, the statement said.

The Guild told the court it was only seeking to uphold the public’s right to know the truth about the people behind the Pegasus surveillance exercise. He also called for a “complete overhaul” of the “surveillance architecture”, including challenging the constitutionality of Section 5 of the Indian Telegraph Act of 1885, Rule 419A of the Indian Telegraph Rules of 1951, Section 69 of the Information Technology Act 2000 and Technology (Procedure and Safeguards for Interception, Monitoring and Decryption) Information Rules, 2009. 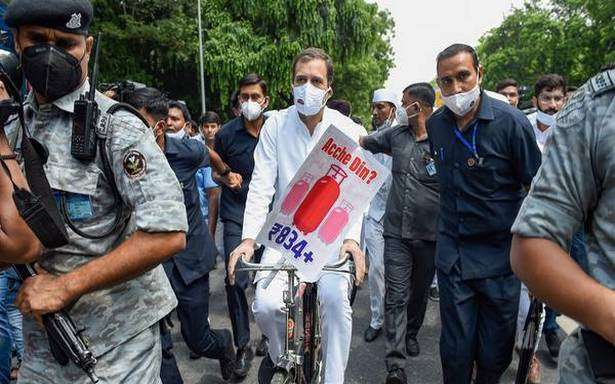 Daily NEWS Summary | 03-08-2021; Former Congress President Rahul Gandhi on Tuesday called on opposition leaders to “unite the majority voice of the Indian people” which is represented by their parties.

Accompanied by his fellow party members and opposition leaders, Gandhi cycled to Parliament to protest against rising prices for fuel and cooking gas.

Just before the cycling event, he organized a breakfast for the leaders of 15 opposition parties at the Constitución club, near the Parliament.

However, he played down the question of who would be the face of the “united opposition” by calling it “irrelevant” at the moment.

Congress is clearly sending a subtle message that it continues to take the top spot when it comes to confronting Narendra Modi’s government. Gandhi said on Twitter: “Neither our faces are important nor our names. The main thing is that we are representatives of the people. Behind every face are millions of faces worried about rising prices and inflation. Is this the “acche din”?

In its third week, Parliament did not function properly as the opposition insisted on discussing the Pegasus issue and the three farm laws before any other matters. Gandhi is one of the few Indian numbers to have been identified as potential piracy suspects by an international consortium of investigative journalists.

In its third week, Parliament has not functioned properly as the opposition insisted on discussing the Pegasus issue and the three farm laws before any other issue. Gandhi is one of the few Indian problems that an international consortium of investigative journalists has identified as a possible piracy suspect. 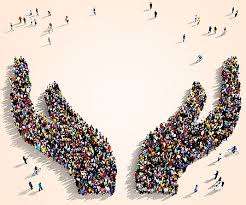 Daily NEWS Summary | 03-08-2021; The direct transfer of money to the bank accounts of informal workers and an urban employment guarantee program were some of the recommendations of the Parliamentary Standing Committee on Labor in its report on the impact of the pandemic on rising unemployment and the loss of jobs.

The report, which was presented to Lok Sabha and presented at Rajya Sabha on Tuesday, says: “The pandemic has devastated the job market, shaking the job scene and threatening the survival of millions of workers and their families. The panel, which is chaired by Bhartruhari Mahtab, called on the government to improve social security measures for workers.

Citing the Periodic Labor Force Survey (PLFS), the report indicates that 90% of workers are in the informal sector, or 419 million of the 465 million workers. The PLFS quarterly bulletin for April-June 2020 showed the unemployment rate in urban areas for people 15 and older at 20.8%, compared to 9.1% in January-March 2020.

The committee noted that PLFS data for the pre-pandemic years were available and that the actual impact of Covid-19 would only be visible when PLFS for 2019-2020 and 2020-2021 became available. He asked the Ministry of Labor to raise the issue of the timely completion of the PLFS with the Ministry of Statistics and the execution of the program.

The panel said it had the “studied opinion that the Covid-19 crisis in India emerged in a context of pre-existing high and rising unemployment.”

Daily NEWS Summary | 03-08-2021; The death of a 20-year-old Indian student in the Chinese city of Tianjin was a homicide and a foreigner was arrested in connection with the killing, the Chinese Foreign Ministry said on Tuesday.

The suspect’s nationality was not disclosed, authorities said. Aman Nagsen, originally from Gaya, Bihar, was a business administration student at Tianjin University of Foreign Studies. He was found dead on July 29.

The Chinese Foreign Ministry, in a written response to the PTI, said that around 8:00 pm, the Tianjin police received a call saying that “an Indian student was lying on the bedroom floor with no signs of life.” .

The Chinese side will handle the case in accordance with the law and offer assistance with follow-up problems, he said, adding that an autopsy was conducted on Tuesday. Issuance of the death certificate is expected to take a few days as it is a homicide case, authorities said.

Nagsen was one of the few Indian students who stayed in China during the coronavirus pandemic, while most of the 23,000 strange Indian students, who left their home, were trapped in India, unable to return due to Beijing’s reluctance. to lift visa restrictions.

Embassy officials said Nagsen’s family had been briefed on the progress of the investigations. An embassy official was supposed to travel to Tianjin, located about 100 km from Beijing, to discuss the status of the case and make arrangements to send the body to India. Currently, there are no operational flights between India and China.

The second wave of the Covid-19 pandemic “is still raging” in the country and is far from over, Joint Secretary Lav Aggarwal of the Health Ministry said at a press conference on Tuesday.

Himachal Pradesh, Jammu and Kashmir, Lakshadweep, Tamil Nadu, Mizoram, Karnataka, Puducherry and Kerala all saw an increase in the number of reproductions (Rt), which was cause for concern, he stated.

The reproduction number is the average number of new infections generated by an infected individual during the entire infectious period. R> 1 indicates an infection that is spreading. Rt for India is 1.2.

“If it went above 1, it shows that this is a major problem and that some states have seen an upward trend of more than 1,” Aggarwal said. Only Andhra Pradesh and Maharashtra show a downward trend and in states like Bengal, Nagaland, Haryana, Goa, Delhi and Jharkhand the R factor is 1.

The health ministry said 44 districts have reported high positivity of cases and eighteen districts have shown an upward trend in new cases of Covid-19 in the past four weeks. “The second wave driven by the delta is not yet over, and we currently have Kerala (10 districts), Manipur (9), Mizoram (6), Nagaland, Arunachal Pradesh and Meghalaya (4 each), among others which remain the matter of concern. Additionally, 49.85% of last week’s total cases were reported in Kerala. Districts of Malappuram, Thrissur, Kozhikode, Ernakulam, Kottayam, Alappuzha, Kasargod, Pathanamthitta, Wayanad and Idukki in Kerala show a worrying trend, ”Aggarwal said.

A general downward trend had been seen across India in terms of weekly positivity since the week ending May 10. “Weekly positivity was below 2% for the first time in the past 3 months,” he said.

The pandemic was far from over, and the number of cases around the world has also increased, said NITI member Aayog (Health) V.K. Paul said. The Delta variant was a dominant issue. “Appropriate COVID behavior and vaccination are essential and we urge the vulnerable population to avail themselves of the vaccination center as soon as possible. This certainly contributes to the reduction in severity and mortality. “ 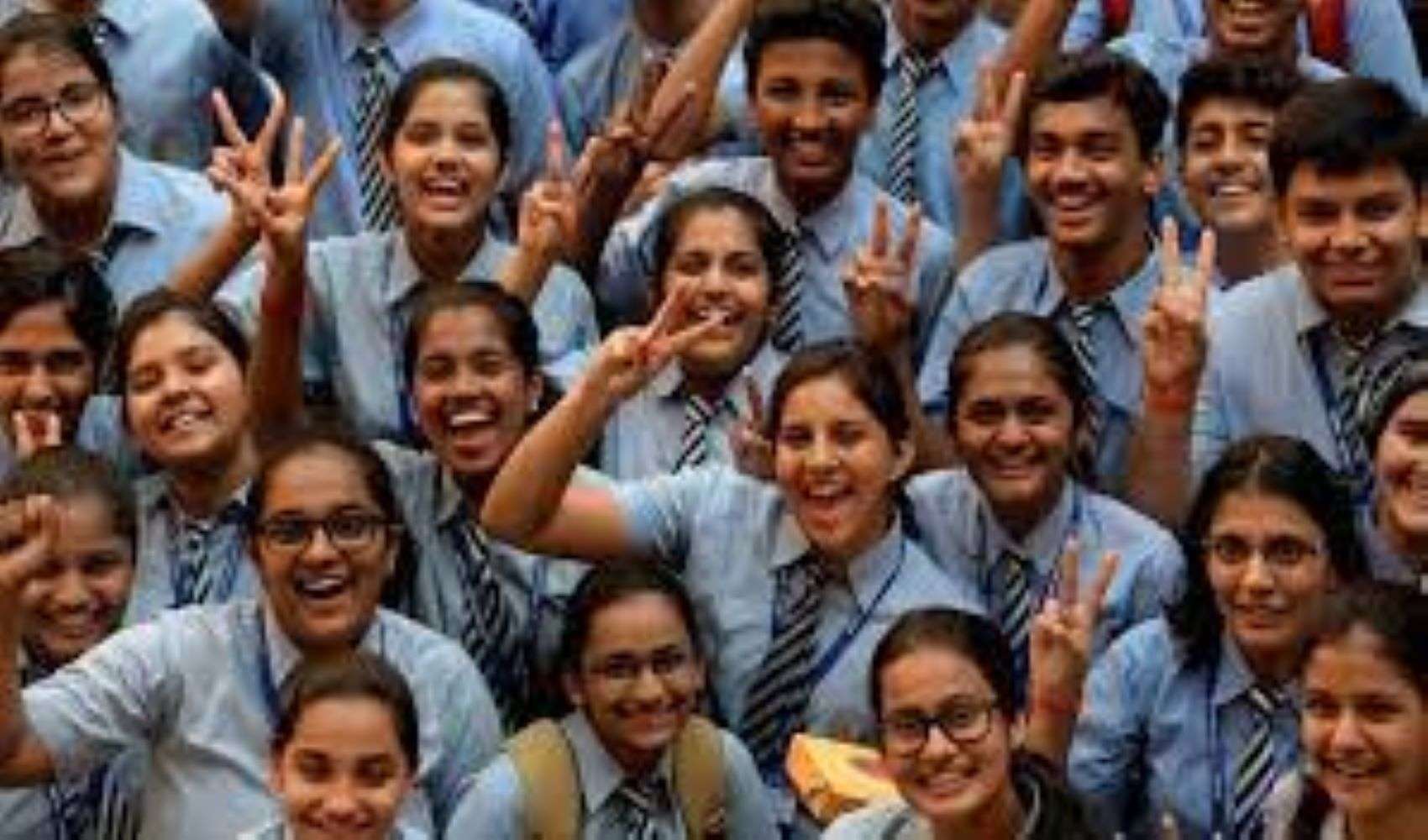 More than 99% of Central Board of Secondary Examination (CBSE) students passed Class 10, according to results released Tuesday. Last year, 91.46% passed the exam. In fact, eight states and union territories – Tamil Nadu, Andhra Pradesh, Pondicherry, Nagaland, Mizoram, Meghalaya, Goa and Lakshadweep – have posted a 100% pass this year. All Kendriya Vidyalayas across the country also had a 100% success rate.