Preventive detention only if detenu affects or likely to affect public order: SC

Daily NEWS Summary | 02-08-2021; The Supreme Court that a preventive detention order can only be issued if the detainee’s activities affect or may adversely affect the maintenance of public order, PTI reported.

The court said this by overturning the Telangana government’s arrest warrant against a man, booked in several criminal cases related to fraud and forgery, claiming that in order for “public order” to be disturbed, “in turn, there must be public disturbances “. affecting society in general.

A careful reading of the arrest warrant, under the Telangana Hazardous Activities Prevention Act (TPDAA), clearly shows that it was not issued on the basis of fear of widespread harm, danger or alarm, but only because the detainee managed to get an advance. bail. / the bail courts in each of the five FIRs against him, the Supreme Court said.

A court of Judges R F Nariman and B R Gavai admitted the appeal against the order of the Telangana Superior Court, dismissing the guilty plea presented by a woman who challenged the arrest warrant issued against her husband under the TPDAA.

It stated that while it cannot be seriously argued that the inmate may be a “white collar offender” as defined in the provisions of the CAATP, a pretrial detention order can only be issued if his activities are harmful or likely to harm to the person in maintenance of public order.

The Judicial Branch pointed out that a public order as defined in the Law must be a harm, danger or alarm or a feeling of insecurity among the general public or a part of it or a serious general danger to life or public health.

Several FIRs were filed against the wife’s husband for cheating, fraud and criminal breach of trust, but he was able to obtain an advance bond in all cases against her.

“Therefore, we canceled the arrest warrant for this reason. Therefore, it is not necessary to consider the other reasons raised by the legal counsel on behalf of the applicant. The contested sentence is annulled and the immediate release of the detainee is ordered. Consequently, the appeal is allowed ”, said the Judicial Power.

He said that in the facts of this case, it is clear that at the highest point, it can be said that a possible arrest of violation of public order is established if it is apprehended that the detainee, in case of being released, will continue to deceive naive people .

“There is no doubt that in order for ‘public order’ to be disturbed, there must also be public disorder. A simple breach of the law, such as fraud or criminal breach of trust, certainly affects “public order,” but before it can be said to affect “public order,” it must affect public order, the community, or the general public”.

He said this could be a good reason for the state to appeal bail orders and / or vacate bail, but “it certainly cannot provide the springboard to move into pretrial detention status.”

The highest court declared that, therefore, it is totally inappropriate and incorrect to state that a liberal meaning should be given to the expression “public order” in the context of a state of preventive detention.

“On the contrary, considering that preventive detention is a necessary evil only to prevent public order, the Court must ensure that the facts that are directly and inevitably subjected to it generate prejudice, danger or alarm or a feeling of insecurity in the population or in the anywhere. of that in general, ”he added. 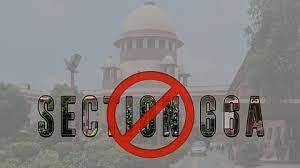 Section 66A was declared unconstitutional by the Supreme Court in a 2015 judgment.

Daily NEWS Summary | 02-08-2021; On Monday, the Supreme Court called on states to respond to a demand that citizens continue to be searched and prosecuted under section 66A of the Information Technology Act for freely speaking out on information. social networks. Section 66A was declared unconstitutional by the Supreme Court in a 2015 judgment.

A bench headed by Justice Rohinton F. Nariman said state governments, which control police forces, must answer for this violation of the Supreme Court’s ruling. The Supreme Court said the judiciary could be used for indictment under section 66A, but state cooperation was needed to detain police and not register FIRs under section 66A. The court said it intended to approve a comprehensive order after hearing from the states. The court closed the case after four weeks.

On July 5 of this year, Justice Nariman found it “distressing”, “shocking” and “terrible” that people continue to be prosecuted and prosecuted under section 66A, even six years after the Supreme Court annulled the provision for unconstitutionality and violation of freedom speaks.

An NGO, the Popular Union for Civil Liberties, represented by lead lawyer Sanjay Parikh and human rights defender Aparna Bhat, drew the court’s attention to the violations. Judge Nariman was the convict, destroying Section 66A in a petition filed by law student Shreya Singhal, which highlighted cases of youths arrested and charged under the ambiguous provision for her publications on social networks.

In its response, the Center stated that the police and public order were “subjects of the state” under the Constitution.

“Preventing, detecting, investigating and prosecuting crimes and building the capacity of the police are primarily the responsibility of states,” the Center presented in a sworn statement to the Supreme Court. He said law enforcement agencies share the same responsibility for complying with the Supreme Court’s ruling. They took action against cybercriminals under the law.

Section 66A provided for three years in prison if a social media post caused “annoyance” or was deemed “extremely offensive”. The Supreme Court concluded that the provision was vague and arbitrarily worded. Judge Nariman agreed with Parikh on July 7 that “the situation is shocking”. 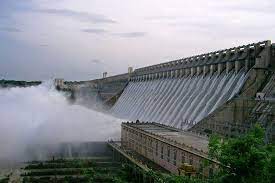 Daily NEWS Summary | 02-08-2021; The Chief Justice of India, NV Ramana, offered to submit a water dispute dossier submitted by Andhra Pradesh against Telangana for mediation while claiming, in the context of the Assam-Manipur border conflagration, that the inhabitants of The two southern states were “brothers” and shouldn’t even “dream” of hurting us.

The CJI’s comment came in response to an indirect allusion made by lead attorney Dushyant Dave, who appeared for Andhra Pradesh, to the violence in Assam-Manipur.

Thus, the CJI gave the parties a choice. “If you want to mediate the problem, I will send you to mediation.” On the other hand, if they want the case to be judged or heard legally, I will submit it to another court ”, the President of the Supreme Court Ramana addressed the parties.

Dave said CJI’s suggestion was “eminently fair.” The lead attorney said it was a “political issue” and asked for time to receive instructions from the state government. The case concerned the Andhra Pradesh petition accusing Telangana of depriving its population of their legitimate share of drinking water and irrigation.

Andhra Pradesh said Telangana refused to follow decisions made on river water management at the Apex Council established under the Andhra Pradesh Reorganization Act 2014. It also ignored the council’s instructions. The Krishna River Management Authority (KRMB) incorporated under the 2014 Law and the Central Government.

“Fundamental rights, including the right to life of its citizens, are seriously compromised and violated due to unconstitutional, illegal and unjust acts by the state of Telangana and its officials, resulting in the deprivation of citizens of the state of Andhra Pradesh for its legitimate quota of water for drinking and irrigation, ”the petition reads. 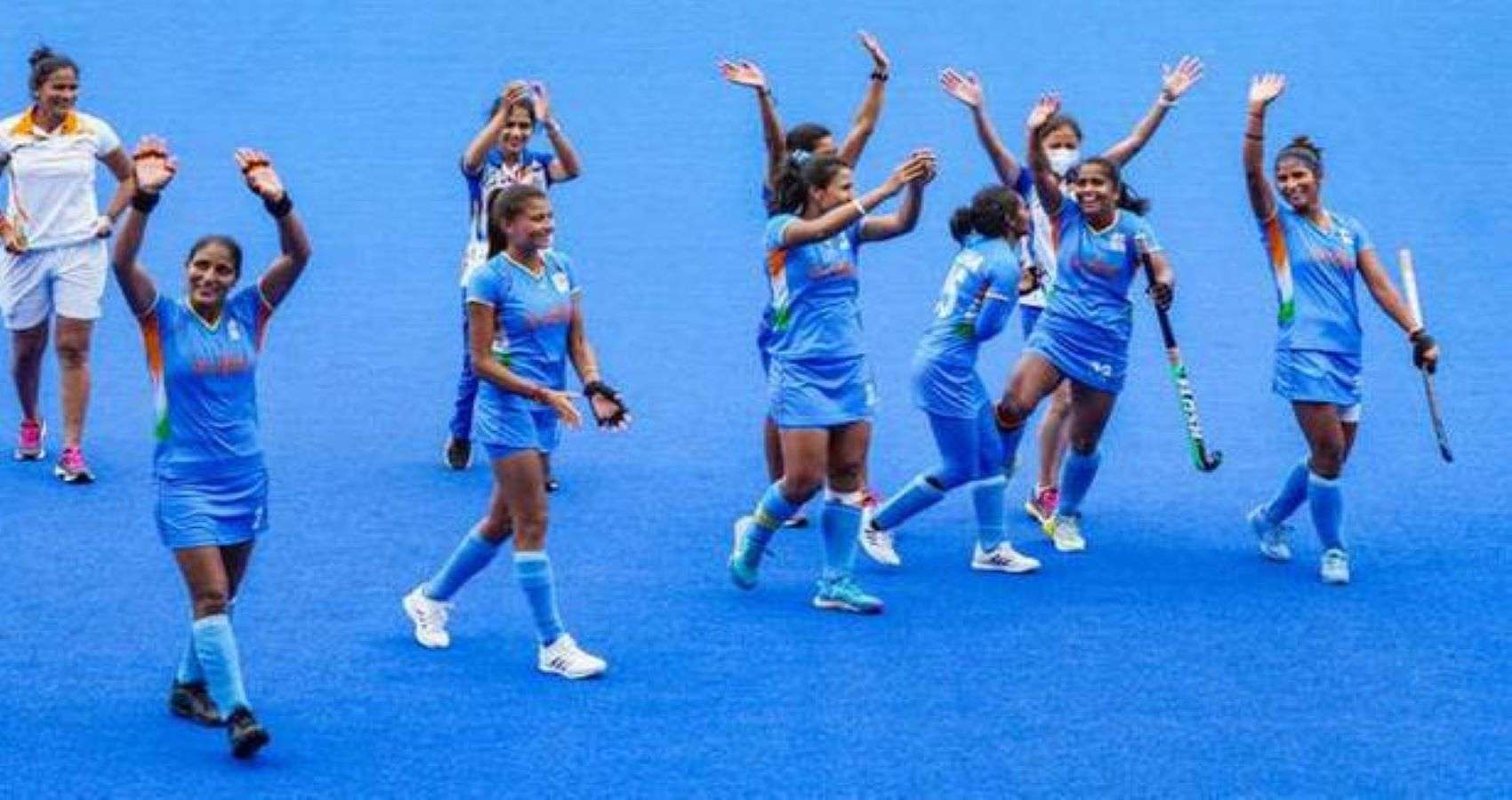 Daily NEWS Summary | 02-08-2021; The Indian women’s hockey team made history on August 2 when they qualified for the semi-finals of the Olympic Games for the first time, here defeating three-time champions Australia by a single goal.

One day after the Indian men’s team entered the Olympic semi-finals after a gap of 41 years, the world’s number one. Women’s Team 9 also made history books with a phenomenal performance.

Before the game, the odds were against India as the world. number 2 Australia, a powerful undefeated opponent, awaited them in the round of 16. The Indian team, determined to prove a point, produced a strong and courageous performance to secure the narrow victory over the Hockeyroos.

Drag flicker Gurjit Kaur seized the opportunity when he counted and converted India’s only penalty corner in the 22nd minute to surprise the Australians. India’s best performance at the Olympics came at the 1980 Games in Moscow, where it finished fourth of six teams.

In this edition of the Games, women’s hockey made its debut at the Olympic Games and the sport was played in a free-for-all format with the top two teams advancing to the final.

The team led by Rani Rampal will face Argentina in the semifinals on August 4.