Testing tremors: Yesterday West Bengal complained about the accuracy of the coronavirus test kits, today government of Rajasthan has stopped using the rapid test kits provided by the ICMR and said that the kits were only 5.4% accurate (instead of 90% correct) seems unnecessary.

Rapid test kits, of which approximately 5 lakh were recently purchased by ICMR, are not diagnostic tools. They do not identify if the virus is present in the body. Rather, they test whether the body has been exposed to the virus and has developed antibodies in response. In theory, they are supposed to work even for asymptomatic people. They are useful as a surveillance tool: they help us determine how far the virus has spread in a particular group or area.

But medical experts say it is not a foolproof method. On the one hand, the test is unlikely to work in the period between infection and the development of body antibodies, and this period varies from person to person.Recently in Kerala, for example, a man tested positive for the virus on the 29 day of isolation.

We have come to know that the positive RT-PCR [reverse transcriptase polymerase chain reaction] samples showed a lot of variation, 6% to 71% in some cases. We have, therefore, decided not to ignore the findings. Eight teams will be sent to the fields for validation of the kits. We will suggest to the States not to use the Rapid Tests for a couple of days, after which we will be in a position to advise them. If the kits are found faulty, we will take it up with the manufacturer

Covid watch: The number of positive coronavirus cases reported in India stands at 19,984 at the time of publishing this newsletter, with the death toll from the virus at 646. Maharashtra reports yet another massive surge in Covid-19 positive cases, with 552 new cases in a single day taking the cumulative State tally to 5,218. Kerala recorded 19 new cases.

Suspend immigration: With more than 22 million Americans filing for unemployment benefits in the past month and a presidential election just around the corner, Trump has been interested in opening up the U.S. economy. Last week, it issued a notice informing states that they could open before or before May 1. Some states like Tennessee, Georgia, and South Carolina, all headed by Republican governors, are considering easing the restrictions.

In light of the attack from the Invisible Enemy, as well as the need to protect the jobs of our GREAT American Citizens, I will be signing an Executive Order to temporarily suspend immigration into the United States 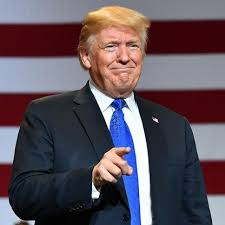 Crude Oil prices have become a joke since last night. The price per barrel fell to $ 3 at one point, then to $ 1, and finally to negative territory: the reference price of crude oil in the United States plummeted to just $ 37.63. In other words, if you lived in the United States and had storage facilities, you could have billed and paid thousands of dollars for receiving and holding crude oil.

How did this happen and what does this mean?

When someone talks about the price of oil, they are talking about their expected price next month, depending on what speculators are willing to pay for it. These electronic transactions, carried out without any real physical exchange on a daily basis, are called forward transactions and help everyone, from oil refineries to large consumers such as airlines, to cover their price risks.

Traders generally sell their holdings to buyers, to actual physical users of oil, a day or two before the settlement date. This is the date on which, under their futures contract, they should have received the actual physical delivery of the notional shares they had purchased at a certain speculative price, when they completed the transaction in the past.

Tuesday was the day of liquidation. Traders had two options: find buyers for their electronic assets, or personally take physical delivery of barrels of crude oil. But thanks to the global cessation of economic activity due to the Covid-19 pandemic, think of the huge travel ban and all the planes that haven’t flown for weeks, not all cars have not been driven and therefore all the oil has not been consumed. – The demand for oil has collapsed.

However, oil producers have not reduced production. Excess supply and very weak demand can only mean one thing: collapsing prices, deflation. Since energy consumption is an indirect indicator of economic activity and oil is one of the most consumed forms of energy, the fact that traders do not think that oil will be in high demand in the coming months suggests that the economic crisis activity will take time to recover, as the countries lift the blockade. This is not good news.

Indian made model: Scientists from Chennai, Pune, Bengaluru, Delhi and Goa, interested in epidemiology and modeling, have come together to build a model that can help predict the outcome of the disease in different settings. Called INDSCI-SIM, this model is the first state-specific detailed epidemiological model for COVID-19 manufactured in India. The model can compare the effects of multiple non-pharmaceutical interventions, such as different types of blockages, quarantines, and extended tests, changing the trajectory of the pandemic. Epidemiology is the study of the distribution and determinants of health-related states or events (including disease), and the application of this study to the control of diseases and other health problems.